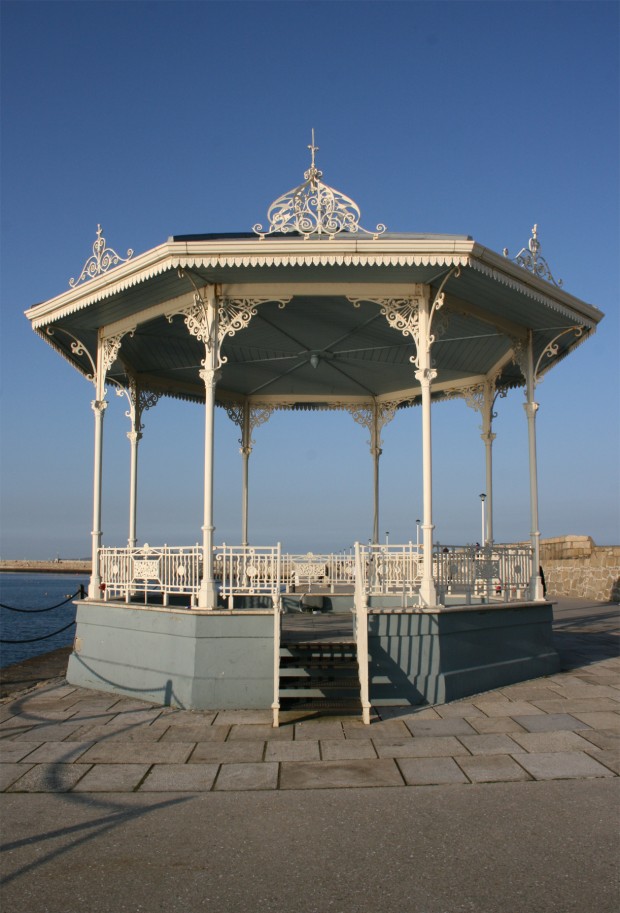 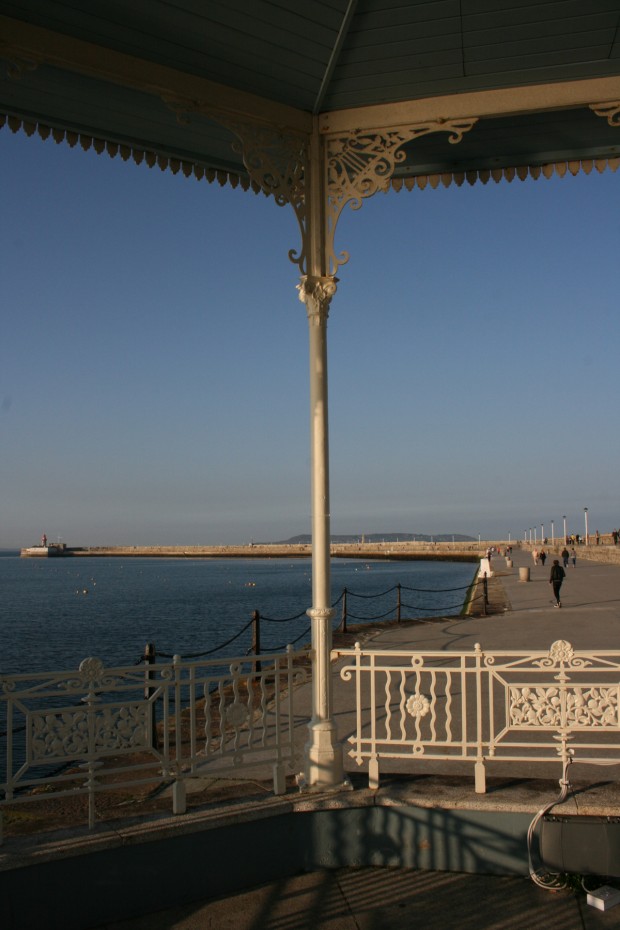 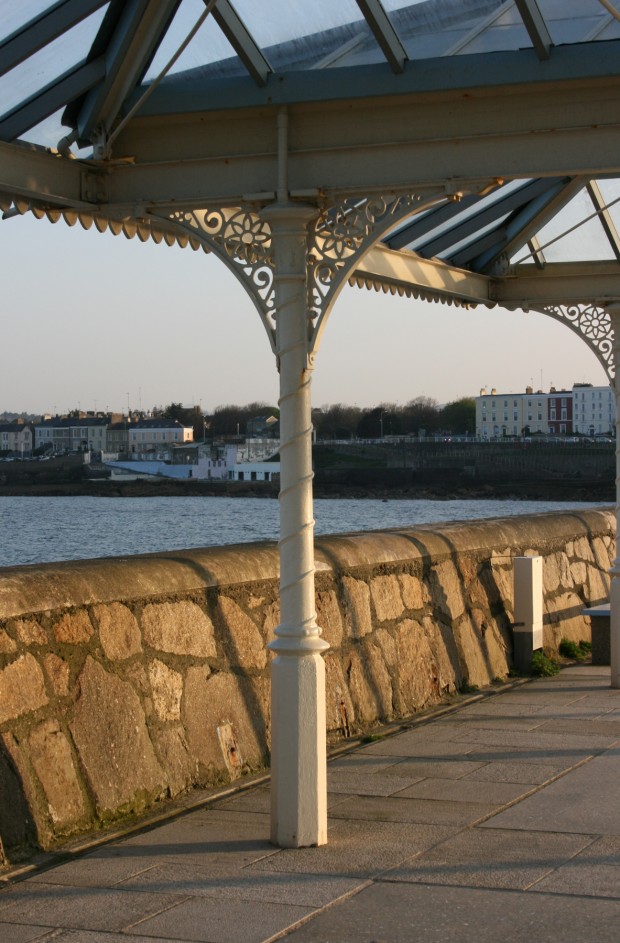 Recently restored, the bandstand and sun shelter on Dun Laoghaire’s East Pier capture the Victorian seaside’s reputation for health and leisure. They were originally built in the 1890s and both are constructed of wrought and cast iron. A major restoration project was completed in 2010, which you can see in progress on Google satellite view below or on the Dun Laoghaire Harbour Company site.

There’s plenty to like. The cast iron filigree bracketing the columns on both structures reads like lace against the sky, as do the dainty roof crests and ornamental dome on the bandstand. On the sun shelter, the slim, tough truss looks enough like moving parts that even when I was a kid, it felt like a built thing held up by opposing forces – I mean, of course it is, but it was small and up close enough that it was more understandable.

My favourite thing is the Victorian seaside resort aspect, though, and the idea that these were built for pleasure and entertainment for anyone using the pier. (Like the Clontarf bathing shelters.) It’s sea air, you’re exercising and breathing deeply, and here is where the band plays to make your walk even more enjoyable, and here is some shelter offering respite from the, er, sun if it’s becoming too much. They’re symbols of a fantasy seaside and they amplify that fantasy when you’re there on a sunny day, muted colours against blue sky and bluish sea and the golden glow of the paving.

It’s July and the rain has been relentless. I’ve been thinking a lot about the bandstand: how it affects sound when you wander up the steps while talking, how it frames the water so you see ripples moving through the railings, how enclosed and private the space inside feels when you’re alone there, and those colours on a perfect summer day. It’s potent for a tiny building.