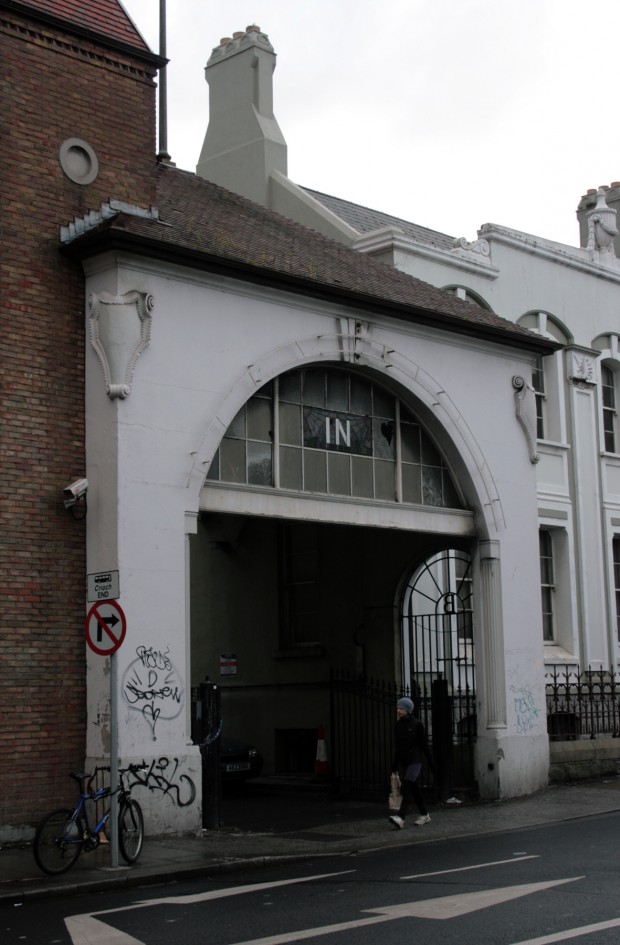 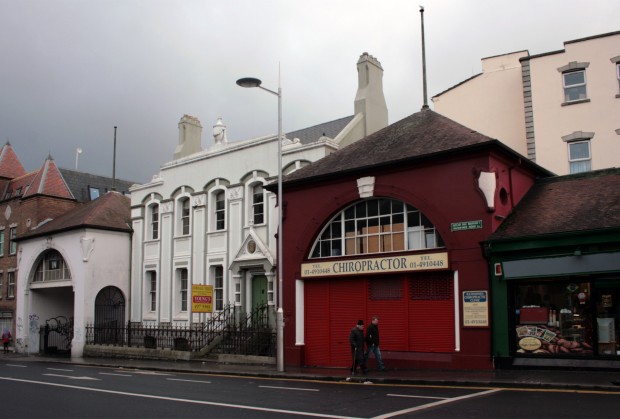 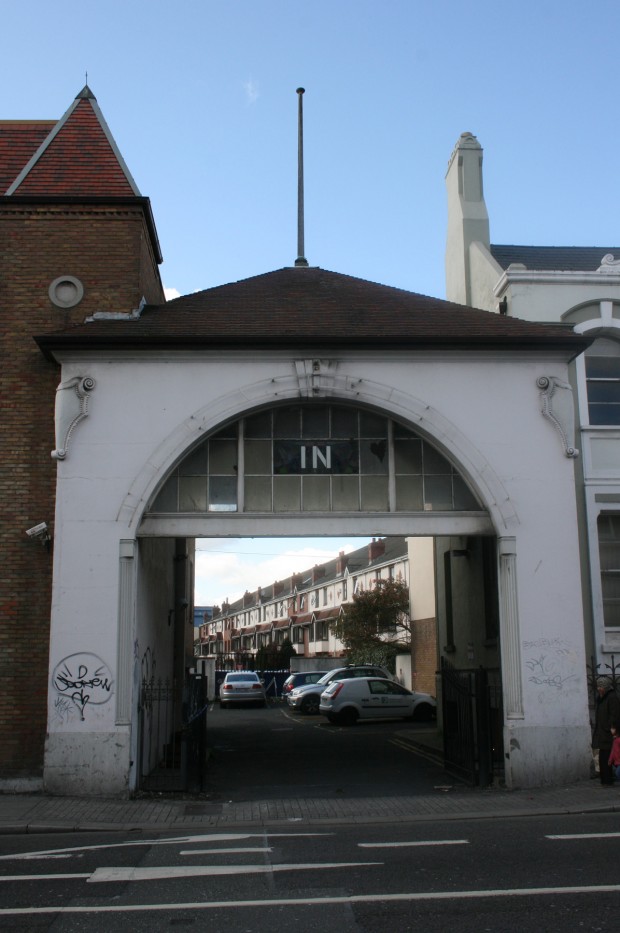 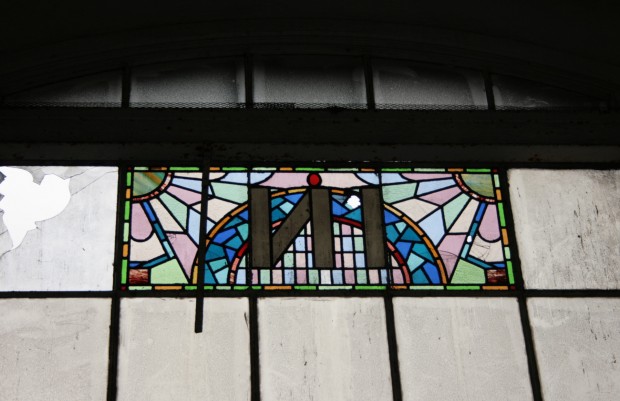 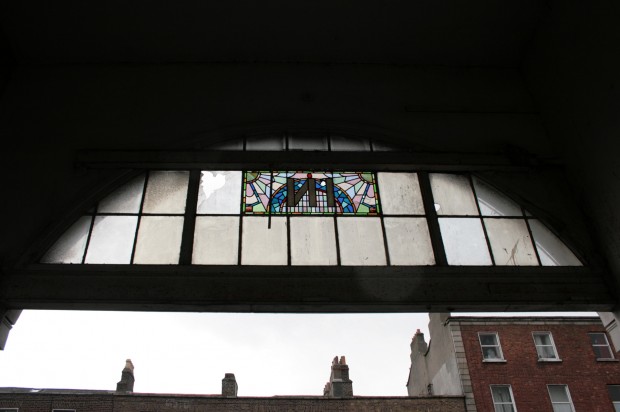 There’s occasionally a little bit of missing the forest for the trees when noticing things in passing. I often walk by this archway at the canal end of Rathmines Road Lower, and every time, I’ve been thinking that the ‘IN’ must have an ‘OUT’ somewhere. 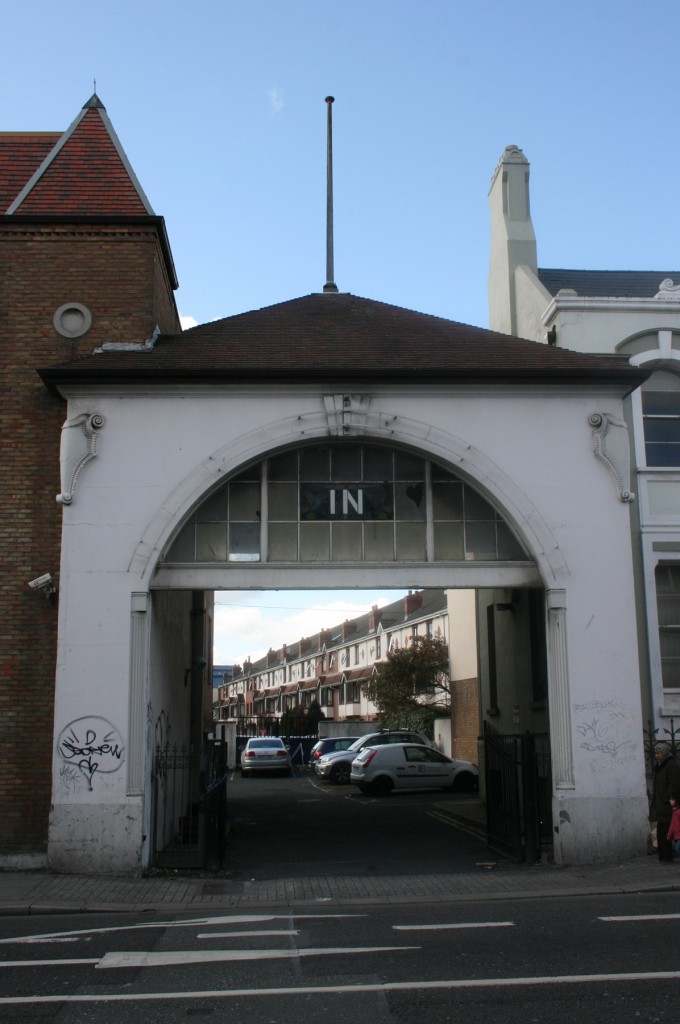 If I’d stood back far enough and looked at the block face-on, the symmetry would have been immediately obvious. Unfortunately, I’ve struck out completely on finding a date or an architect for the building – the name, ‘Grand Canal House’, only appears in the newspapers from the late 1980s (hosting broadcasting training courses and with Afri as a tenant), and the address doesn’t seem to be given any significance in sources I’ve checked so far. Property listings with interior photographs look a decade or two earlier than the 1980s, but I’m going to have to try harder to find out whether the building’s a recent pastiche or a little bit older. There’s a ‘B’ within the ironwork at the side of each arch, and that’s intriguing as a starting point. 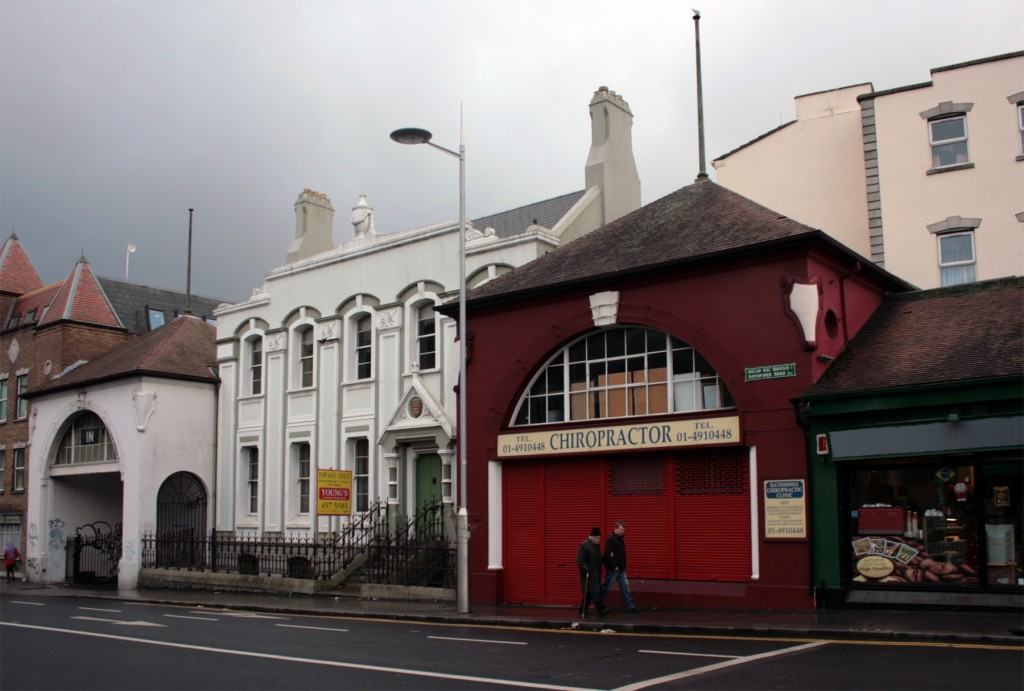 So, the ‘IN’ goes to a small car park, and if its sibling was ever an open arch, it’s been filled in since. They both have the same half-moon window above, and it’s interesting standing under the arch and thinking about it as a two-storey space, with that strange effect on proportions making the unenclosed one seem much smaller. 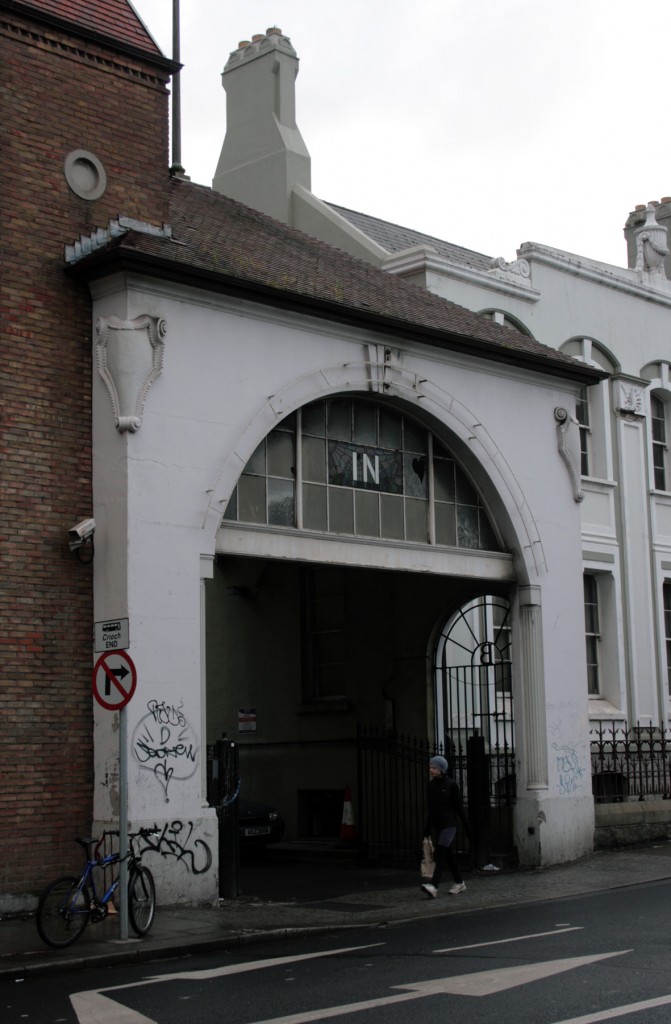 The glass beside the sign has been smashed, but it’s quite pretty in spite of the dirt and disrepair. It’s colourful, a slightly cobwebby pattern, and the letters seem to have been painted over in solid white. 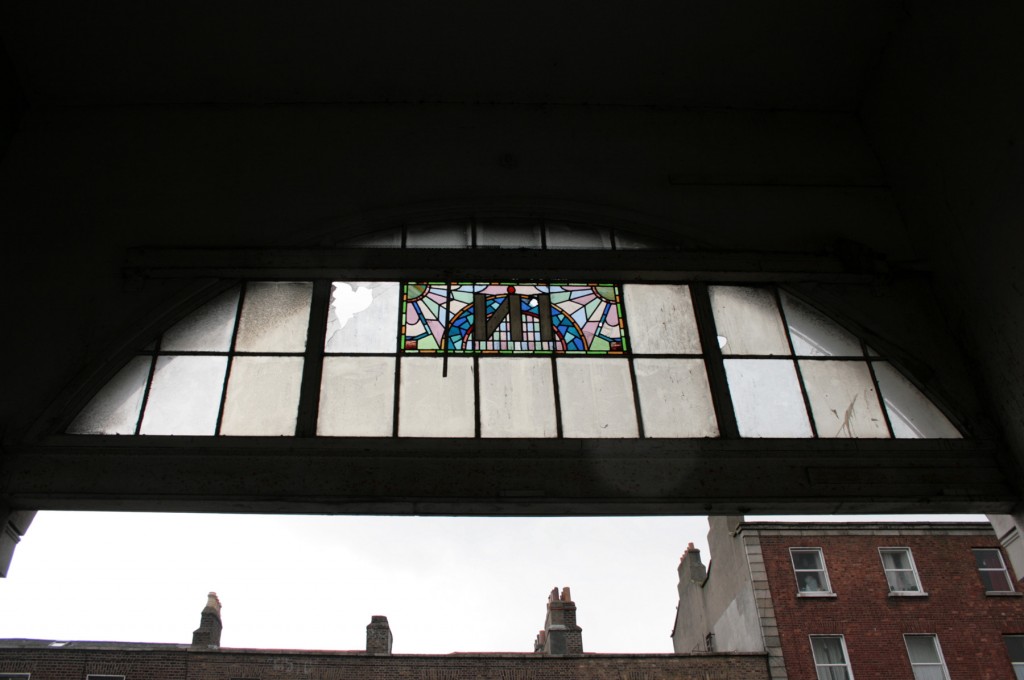