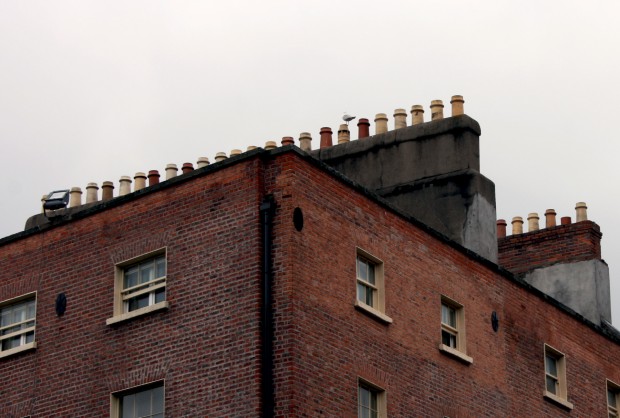 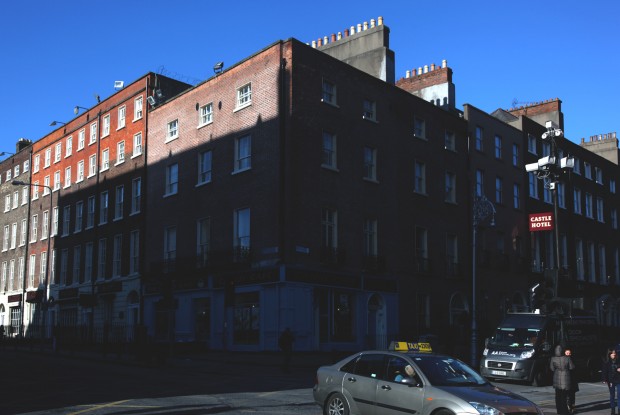 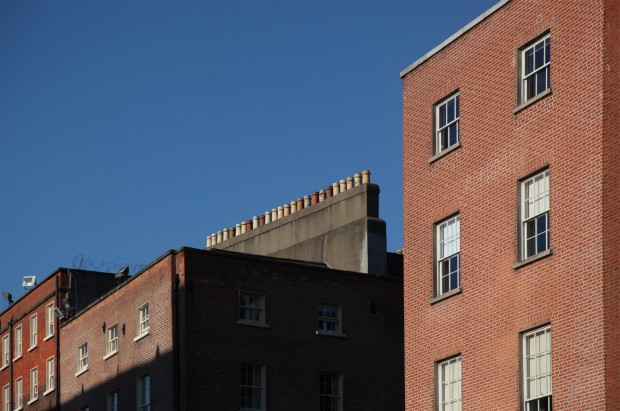 Comparing the city’s older and newer buildings, it’s interesting to consider how chimneys went from being an absolute requirement to a choice. They may have originally been an indicator of what was happening inside – like doorbells revealing how many flats are in a single home – but with subdivision of larger rooms, partitioning into units containing different numbers of rooms, and fireplaces not appearing in a consistent set of rooms, they’re not a terribly reliable indicator anymore. 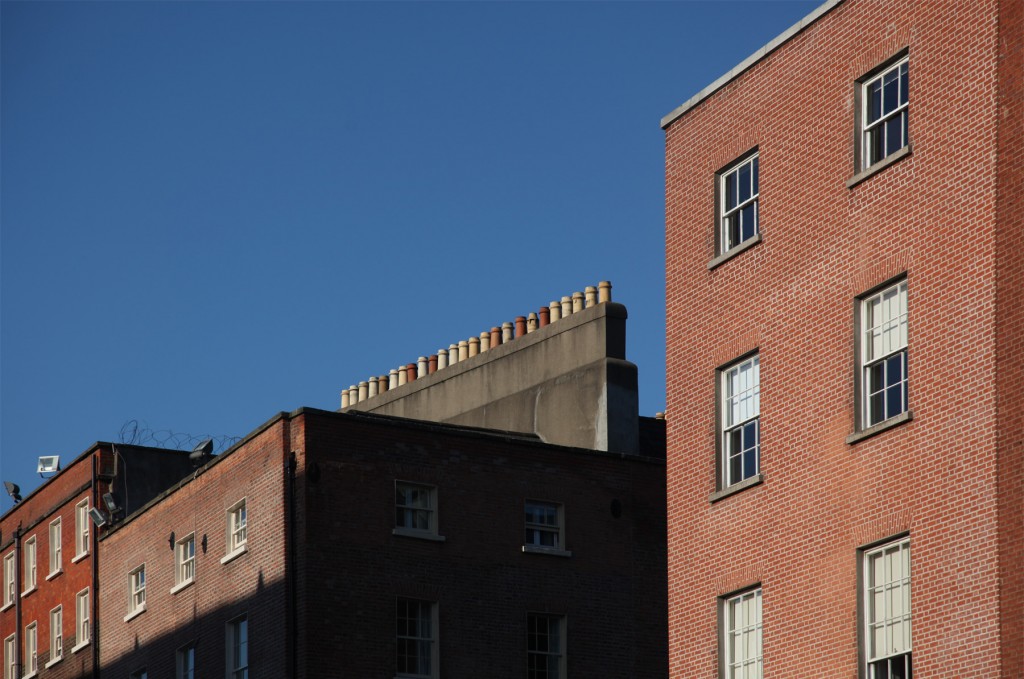 They’re great as ordinary functional objects with slight variations in form and colour, though. Little sculptural objects in silhouette or partial view, differentiating even near-identical terraced houses from one another. On the corner of North Frederick Street and Gardiner Row, there’s one of the most satisfying arrays, all mounted in a single line. (Its neighbours are mostly multi-potted too, but in more than a single chimney stack. 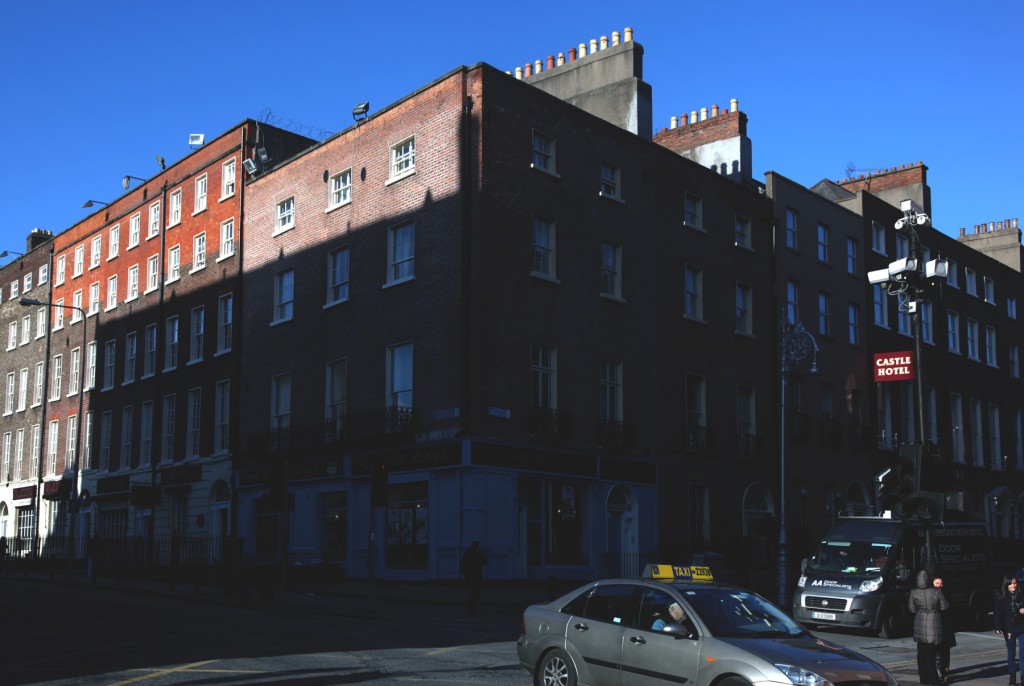 Even if they no longer represent the end point of a house’s working heating schematic, watching a bird perch on a chimney pot makes me wonder where the other end of the system opens up – is it a bricked-in hearth behind an office wall, or does it ever get lit? 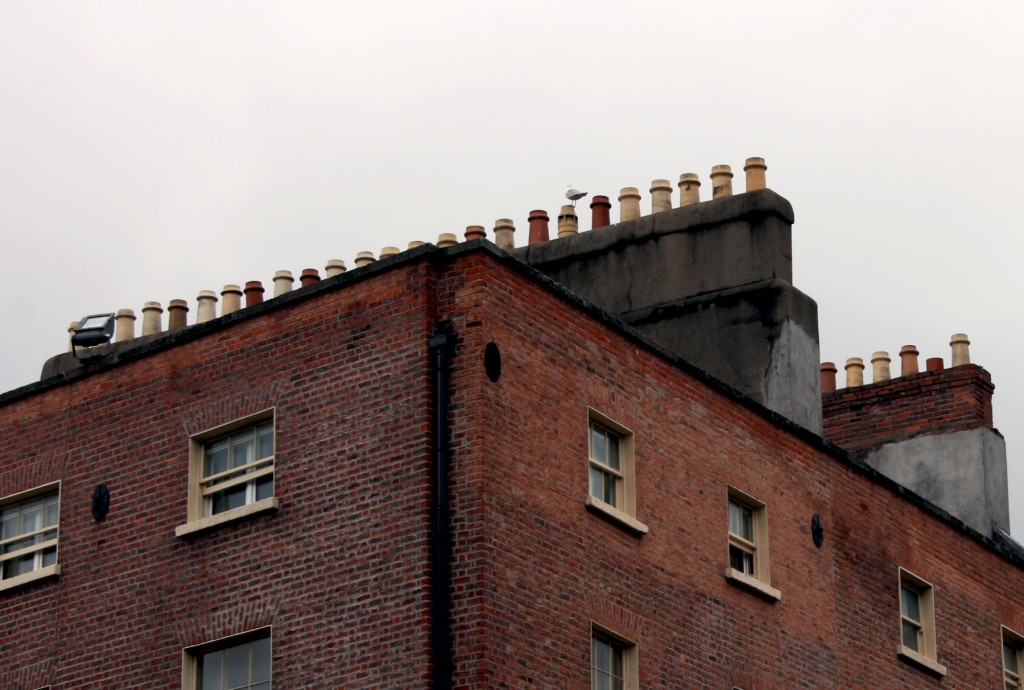