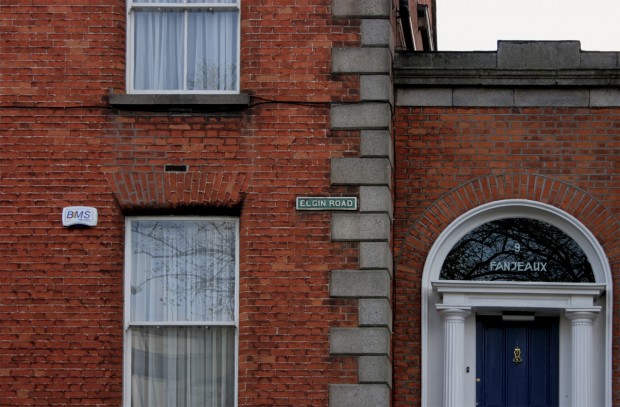 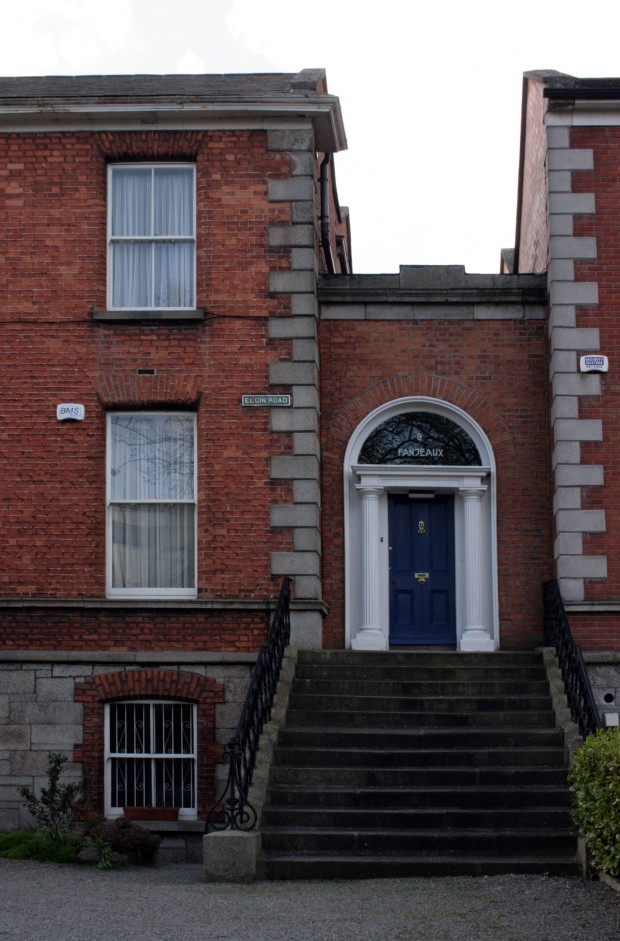 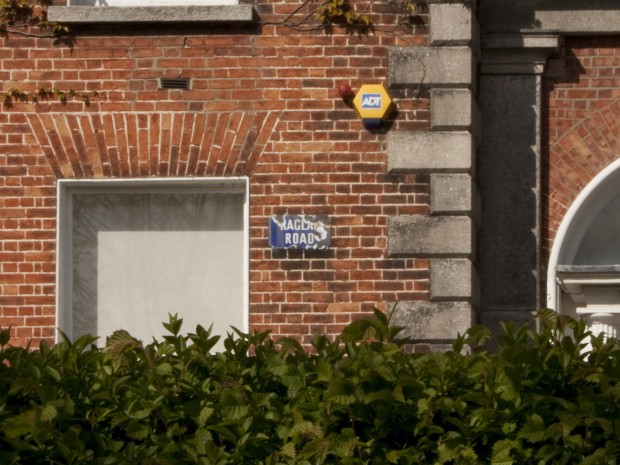 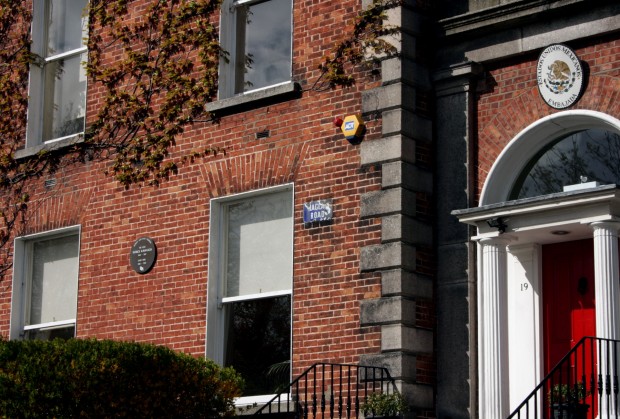 There are at least two good reasons you might notice 19 Raglan Road – it’s the Mexican embassy, and it bears the plaque marking Patrick Kavanagh’s connection to the road. It also appears to be a well-maintained Victorian house. The door’s currently a nice bright red. The small blue enamel street sign is the identifying element for me, though, and all of those other things become noticeable after slowing to look at it. It’s decorative at this stage, quite corroded with the ‘n’ nearly lost entirely, but the blue looks good against the red brick.

Nearby on Elgin Road, there’s another small street sign on number 9, cast iron with a neat border sitting around the raised letters. (It’s the Dominican Sisters’ mission house, named ‘Fanjeaux’ after St. Dominic’s birthplace, rather than just a grand French placename on a big house.) It seems extravagant now to think of custom-made signs proportioned just right for each street’s name, but I suppose this would have been the production process anyway: one street at a time.