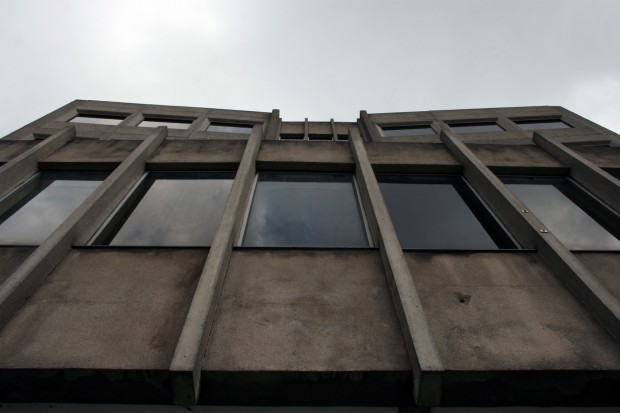 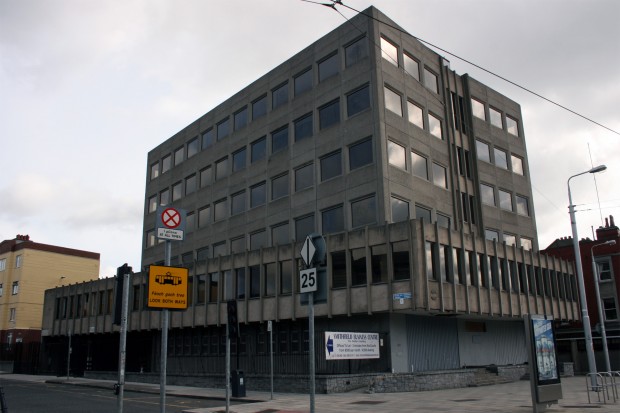 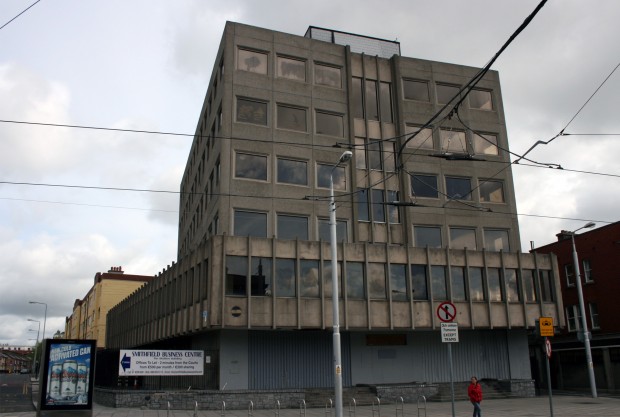 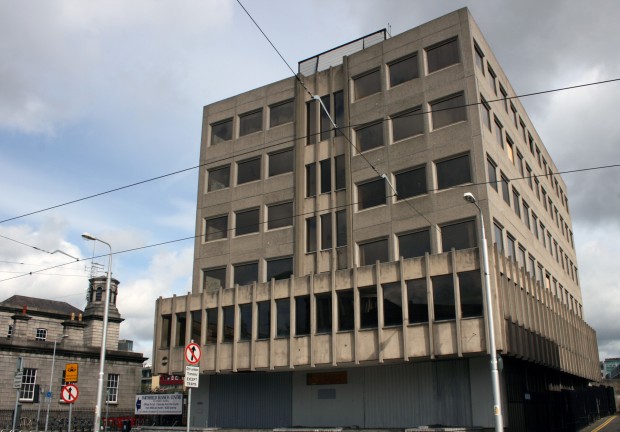 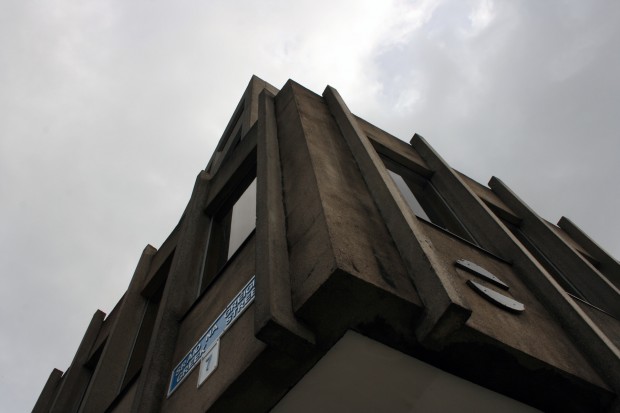 River House tends to make an appearance on lists of people’s least-favourite buildings in Dublin, not helped by being out of use, not helped by being a former motor tax office. At the time it was built, though, it was desirable enough that the Department of Justice and the Corporation fought over who would lease the building. The Corporation won, obviously, and it was seen as an improvement on their previous location nearby at Coleraine Street. 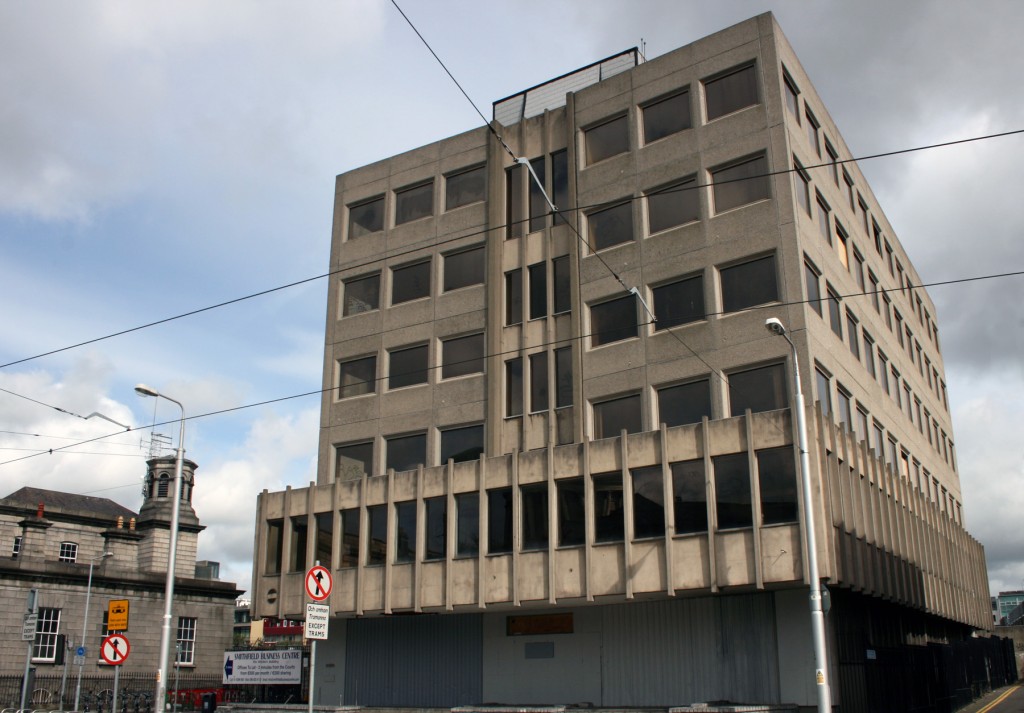 It provided Dublin’s sole motor tax services until the office in Nutgrove, Rathfarnham, opened in 1986. Just a decade after its own construction, River House was compared unfavourably to the new facility, which was praised for being durable and aesthetically pleasing, and in 1992, renovation work was carried out on River House to redress the balance. The changes seem to have been mostly interior ones and they sound totally sensible, addressing things like the cash rooms being internal (without daylight or natural ventilation for the people working inside) and confusing circulation that was simplified to have all financial services on the first floor. In 2008, services moved across to Blackhall Walk beside the new public space at Smithfield. 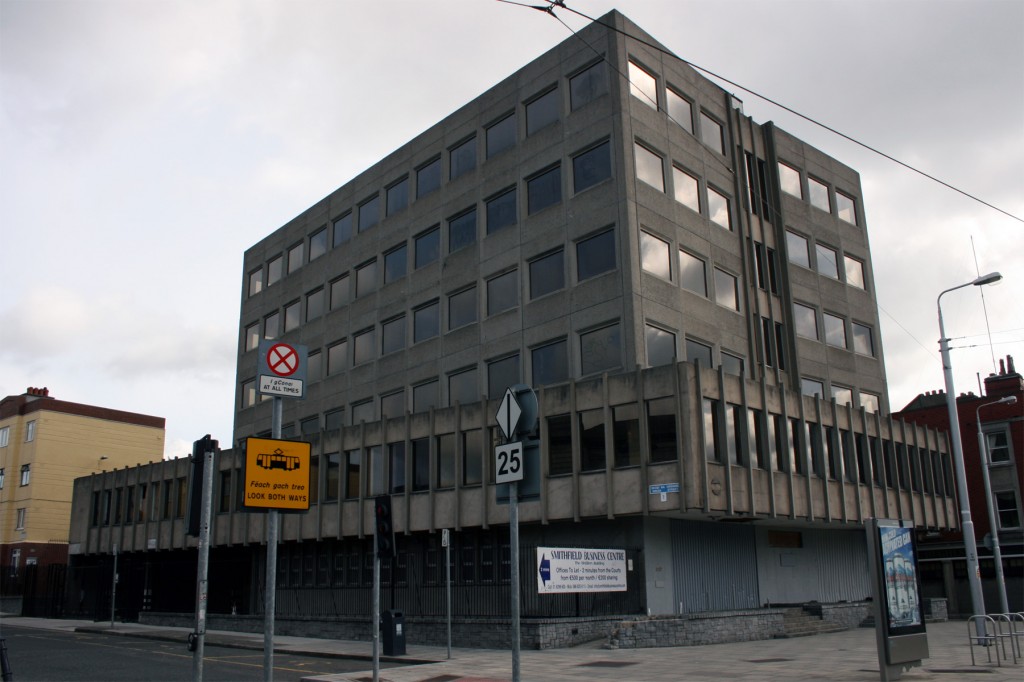 The building’s authorship was the subject of a legal dispute following the publication of Frank McDonald’s The Destruction of Dublin, in which it was attributed to John Thompson and Partners. An Irish Times report of 3 November 1987 (p.10) records a significant sum awarded to John Thompson and Partners in a libel settlement, stating that “neither John or David Thompson of the firm John Thompson and Partners had anything to do with the design or erection of River House”. On the matter of the actual architect, the building’s opening (and the tussle between the Corporation and Department of Justice) is described in The Irish Times on 19 February 1975 (p.22), with Patrick J. Sheahan and Partners credited with its design, and yet the confusion seems to persist. (If anyone has information confirming or complicating matters, I’d be grateful for an email.) 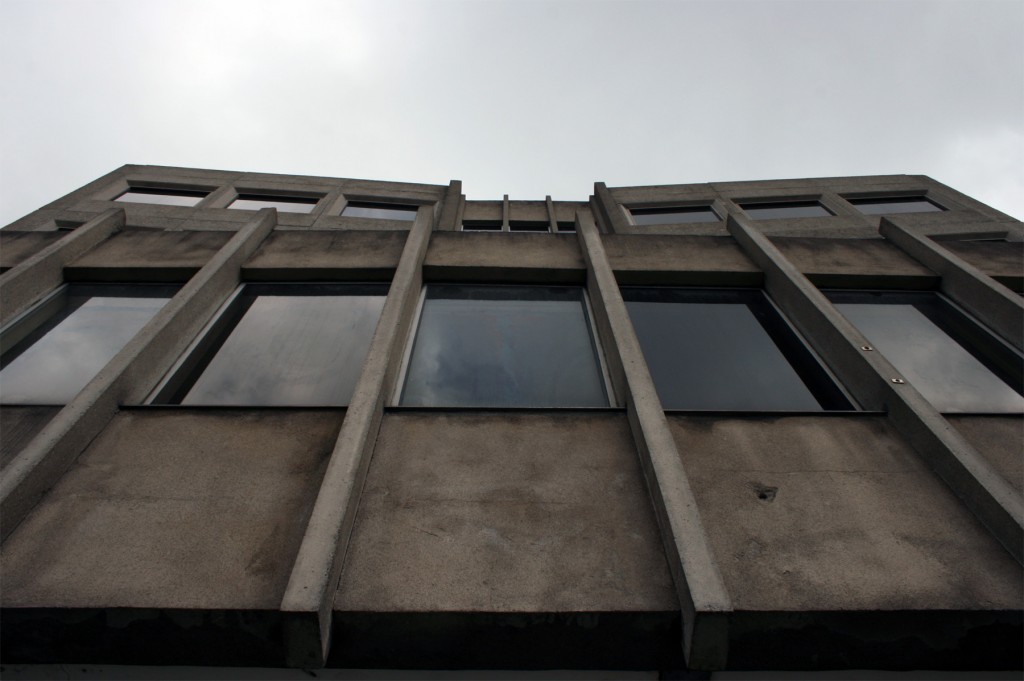 River House has always been quite attractive to me, and having visited the two other motor tax offices, the nature of the business seems to cast an inherent ugliness on its surroundings – it’s genuinely hard to imagine Nutgrove’s one being aesthetically appealing, but it’s quite possible I might change my mind if I saw it in photographs or in another country, removed from my own experience. Here, anyway, the attraction is the big, dirty concrete form, the way the plinth steps out to handle the angle of Greek Street and to take in the entrance to the car park. It’s the two sets of proportions in operation: the squarish openings in the flush precast units making up most of the upper massing, including the two long sides, and the skinny windows with extruded vertical separators around the first floor and the centre of the front facade. There’s a funny symmetry to it and an ease in how those rules break, and the concrete form of its first-floor skirt is nice up close. It’s not as alien, gorgeous or robots-in-disguise as Fitzwilton House, but they do seem to share a few genes. 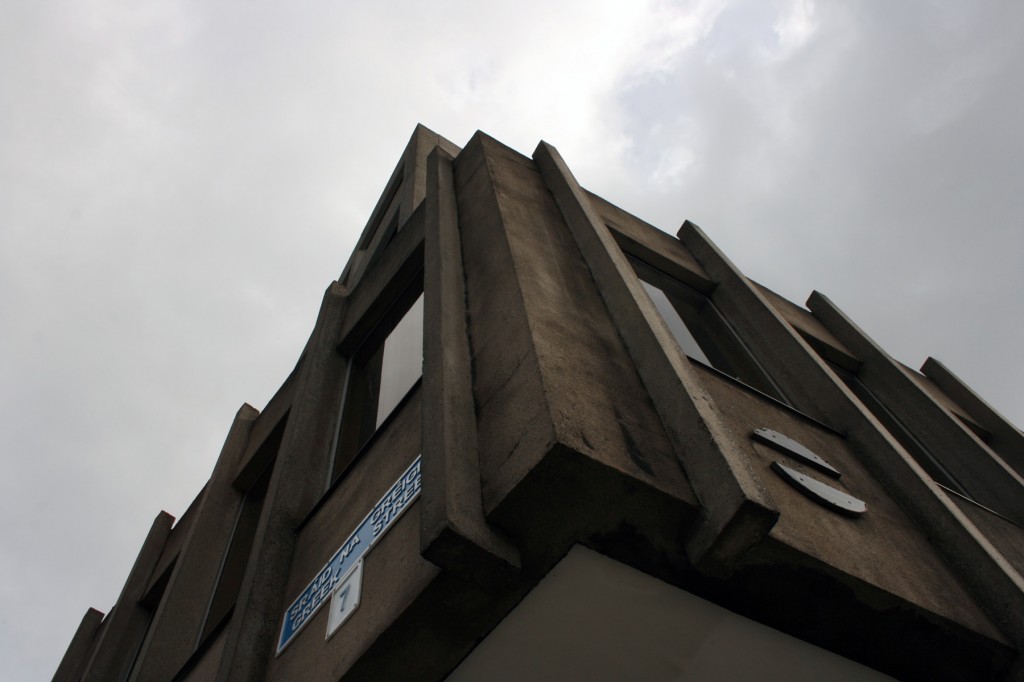 It appears permission was granted in 2011 for a new development on the site, so wishing for something other than demolition is likely to be in vain. All the same, here goes: I would love to see buildings like this as the subject of an ideas competition. There’s enough strong feeling about them that they should inspire bold proposals, and it would be great to see the problem-solving aspect of design put to addressing the legacy of buildings like this. There’s not much to lose in the building, either, being empty and filthy, and there’s potential for an environmental benefit in reuse rather than demolition. River House is in an area that combines underoccupancy and disadvantage – what could such a visible site and a unique building do if we gutted it and started again?