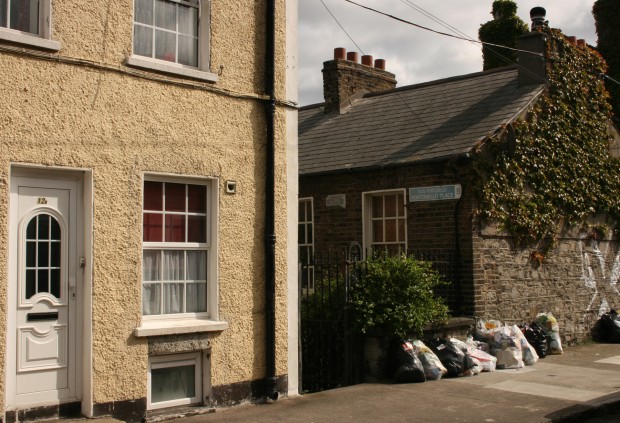 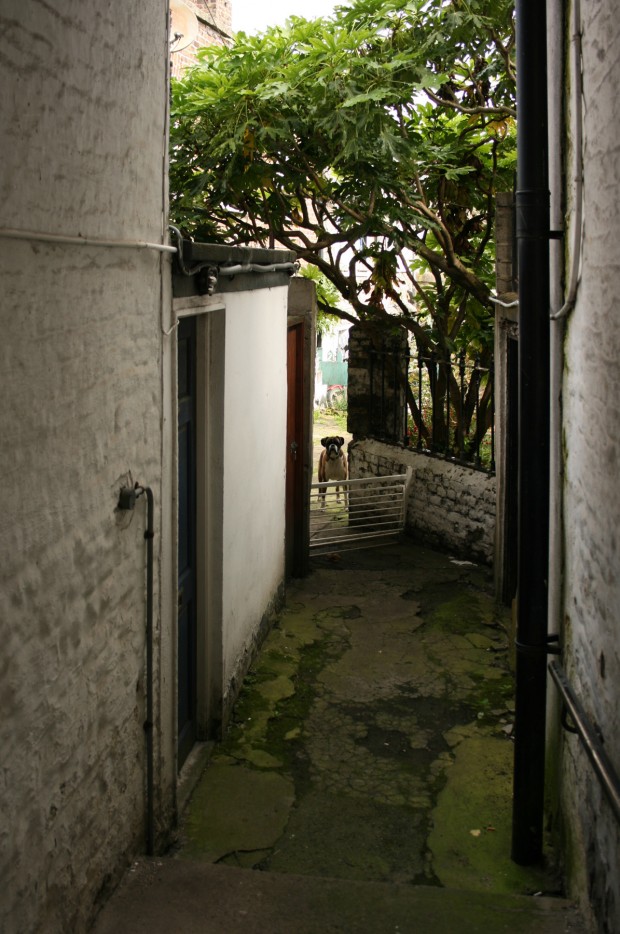 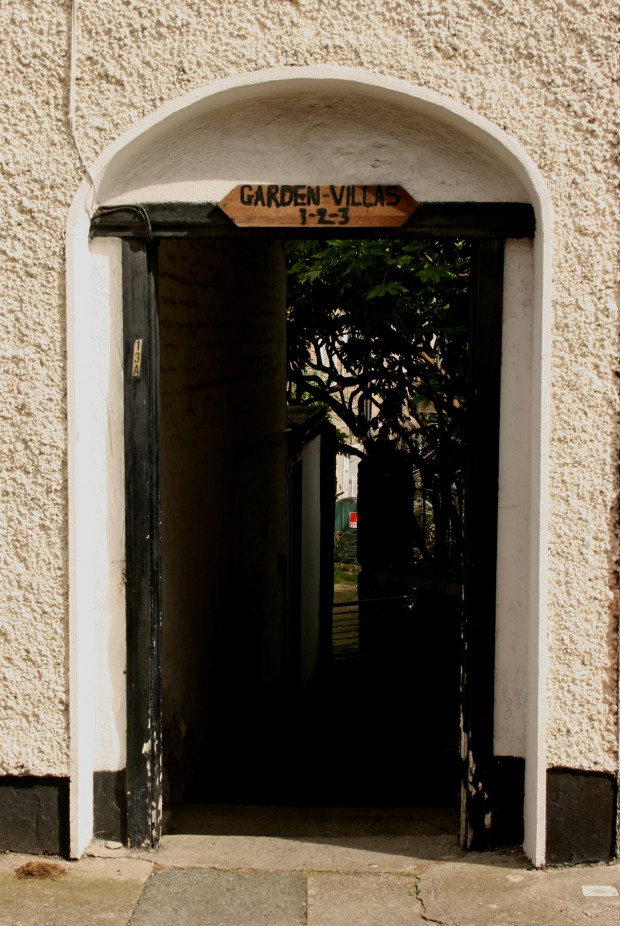 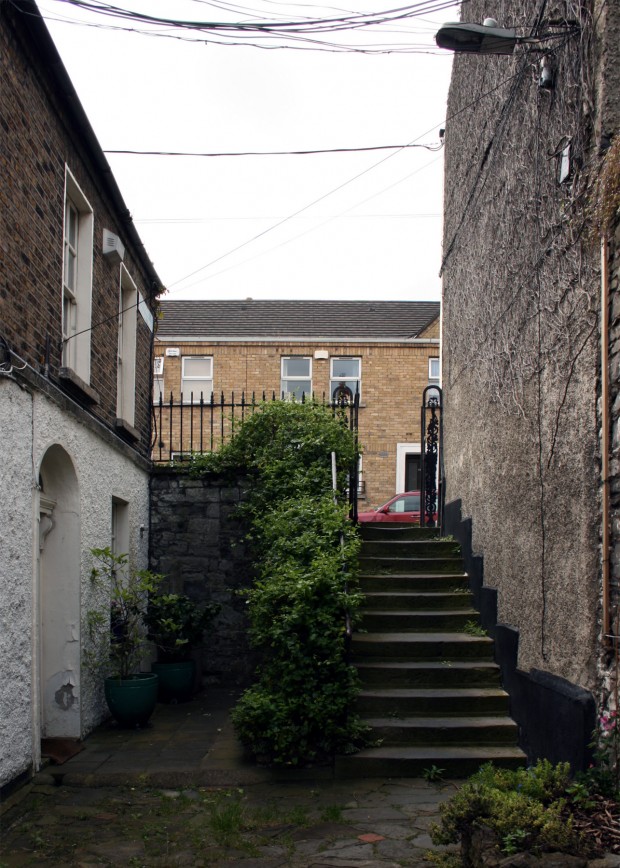 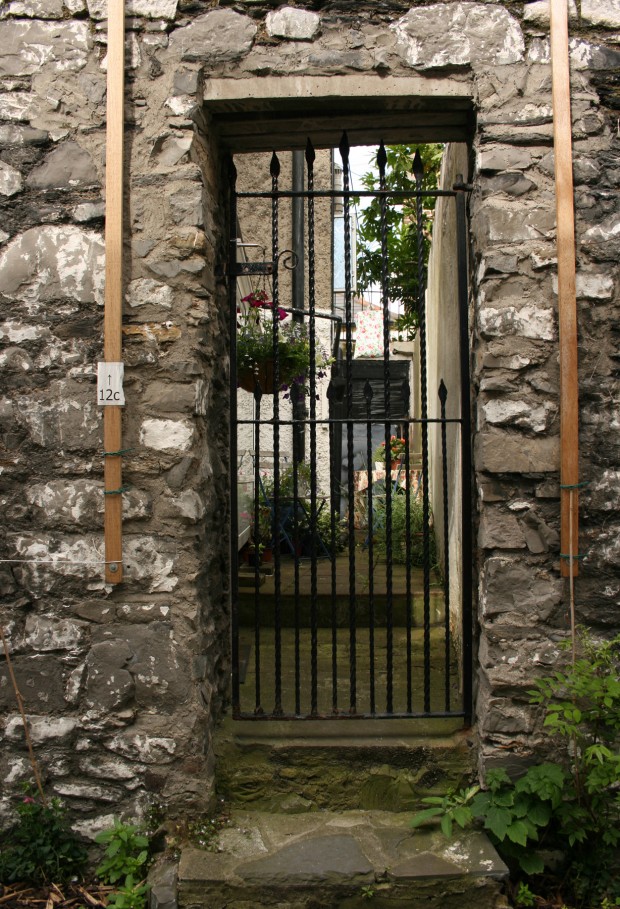 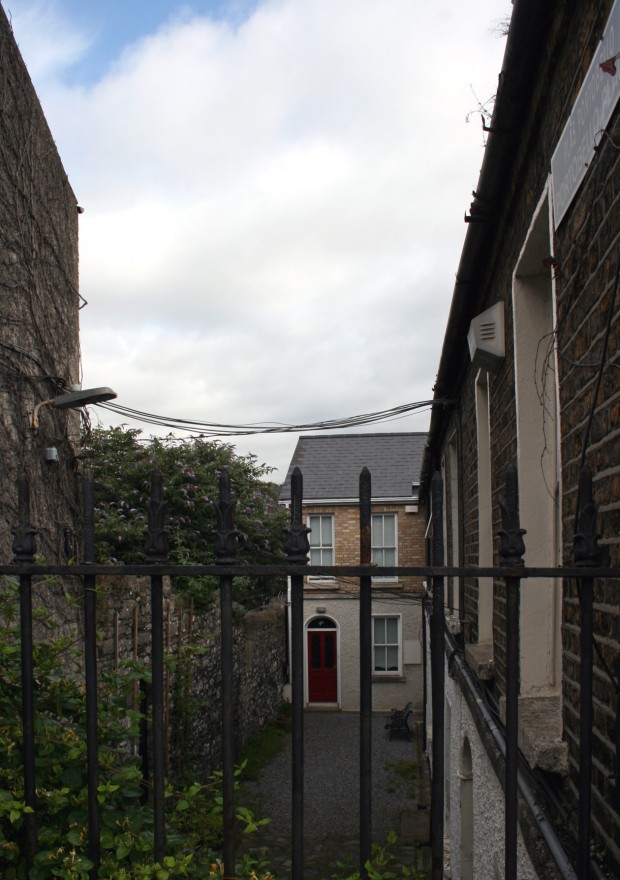 To the north of Portobello Harbour and down about 2.5m, there are two sets of houses set off the street. It looks like some of the other yards nearby are at this lower level too but it’s quite strange: they’re not navigating a slope or gaining an extra storey.

Portobello Place is accessible by a set of steps leading to a shared gravelled area, with four terraced houses set in an L-shape with its long side perpendicular to the street above and a gate allowing access to a fifth residence. The houses on street level were constructed in the early 1800s following the harbour, though I’m not sure if the lower terrace dates from the same period. The exterior has a yellow-brown brick on the upper half and pebbledash render below, with a pitched roof similar to its neighbours.

Garden Villas is a set of three houses reached through an arch, with a mossy path that’s much less public-facing than Portobello Place. It looks as if there are three full-sized houses in there, a strange configuration between the street lines.

In both cases, the change in level marks off space from the public realm, though Garden Villas also had a loud, threatening dog that doesn’t like nosy women with cameras. Portobello Place seems like it might be quite idyllic with the right neighbours and an interest in sharing some space or at least some trees. At the same time, I’m a fan of the ‘eyes on the street’ concept in urban environments (though certainly not endorsing Jane Jacobs wholesale!), and the effect of clusters like these seems much like that of gated apartments: turning one’s back on the public realm, removing the casual observation of the street that plays a role in keeping it safe, and making an anti-urban choice for a small group’s gain at a cost to the local area and wider city.