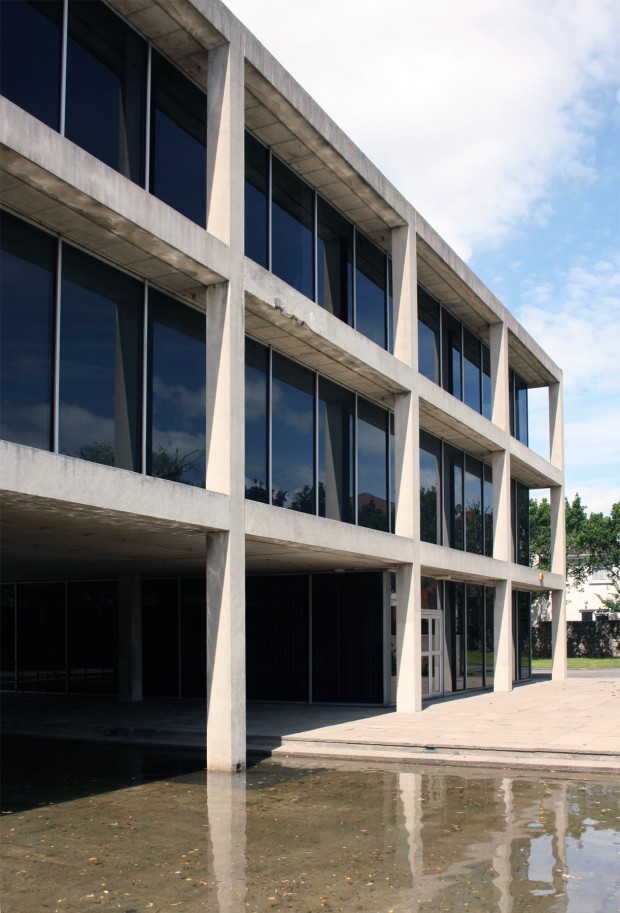 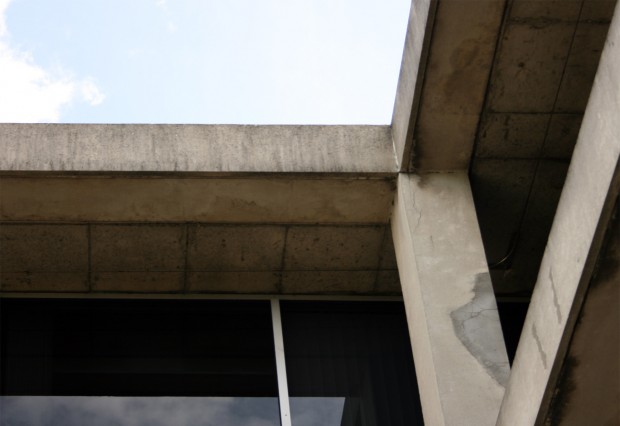 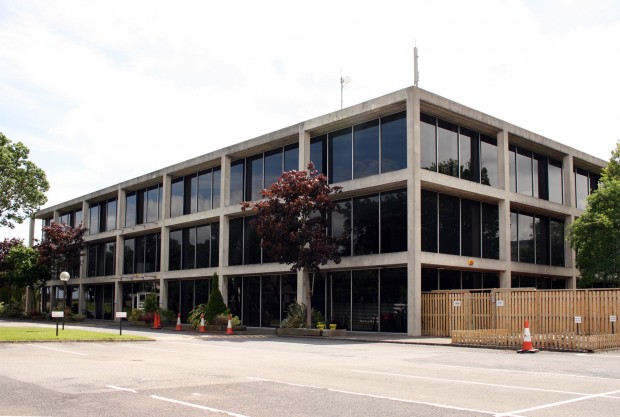 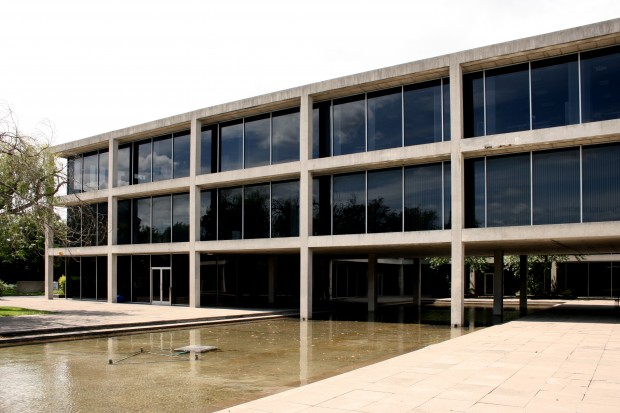 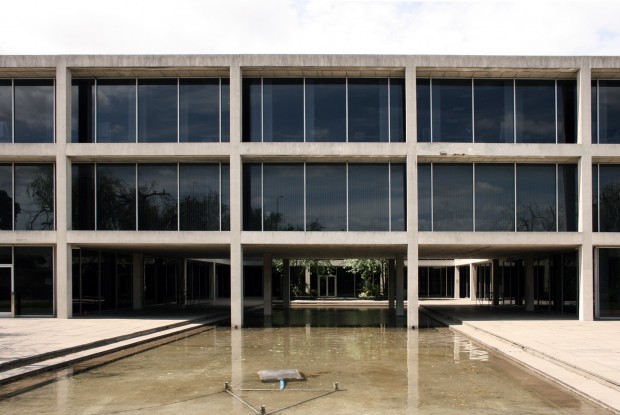 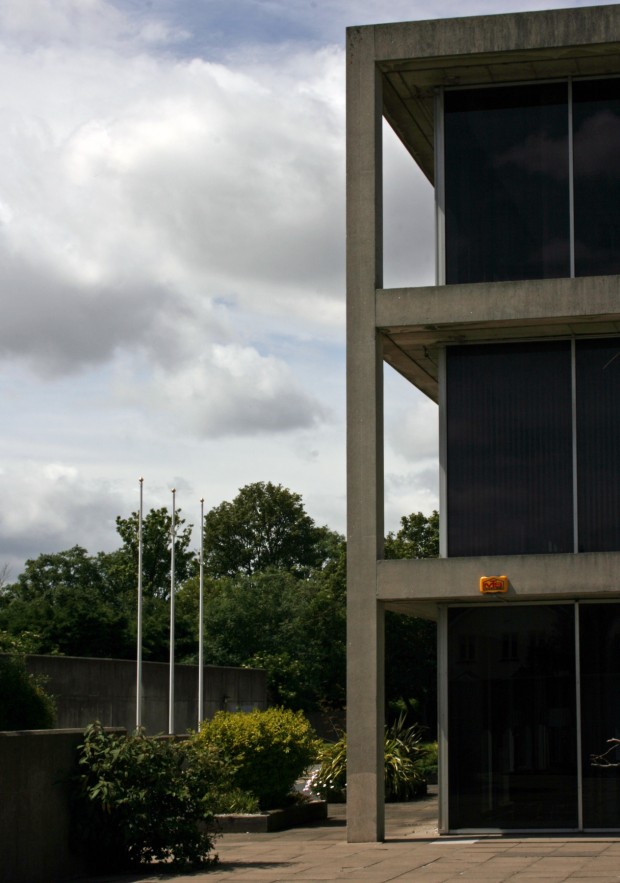 Merrion Hall sits metres lower than the Strand Road, flanked on each side by roads leading to the rear car park. The 62000 sq. ft (5760 sq. m.) office building originally had two tenants (The Irish Shipping Company and Coras Trachtala) when it opened in 1973, changing hands a number of times and now owned by private investors, with Outsource Services Group and their Newspeaky name as tenants.

It was designed by Stephenson Gibney, with an external precast concrete frame and the interior columns and slabs cast in situ. The frame is emphasised by tinting the windows, recessing them and running them floor-to-ceiling between the slabs, minimising any distraction from the dominant geometry. In plan (which you can mostly see in satellite view below!), it’s square with a courtyard cut into it, off-centre leaving a shallower depth to the north(ish) side and deeper to the south(ish), with service cores located in the east and west sides.

There’s a large rectangular pool at the front of the building, passing under the central bay and back to the courtyard where it’s met by trees. Right here feels like the building’s biggest move, where the columns continue down into the water as if no terrain can disrupt the dominance of the structure. It’s single-minded and – through considerable effort – very simple, and that’s exciting.