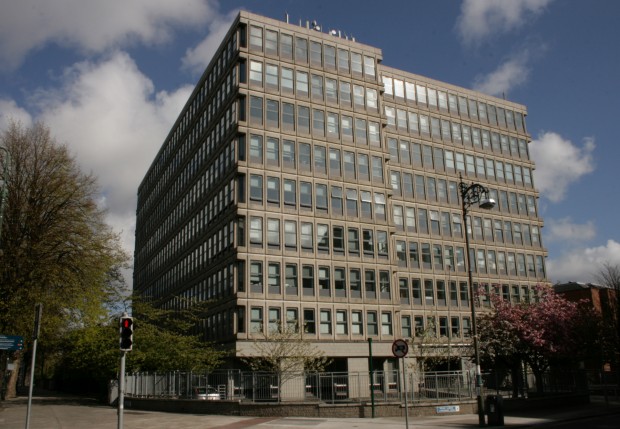 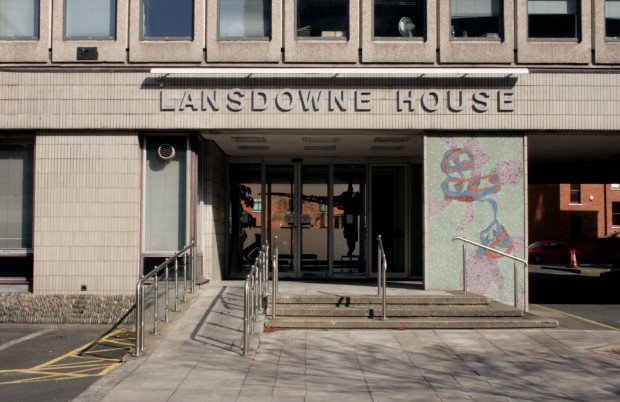 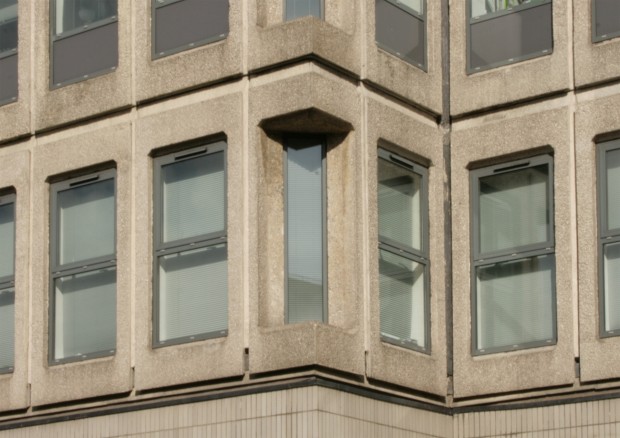 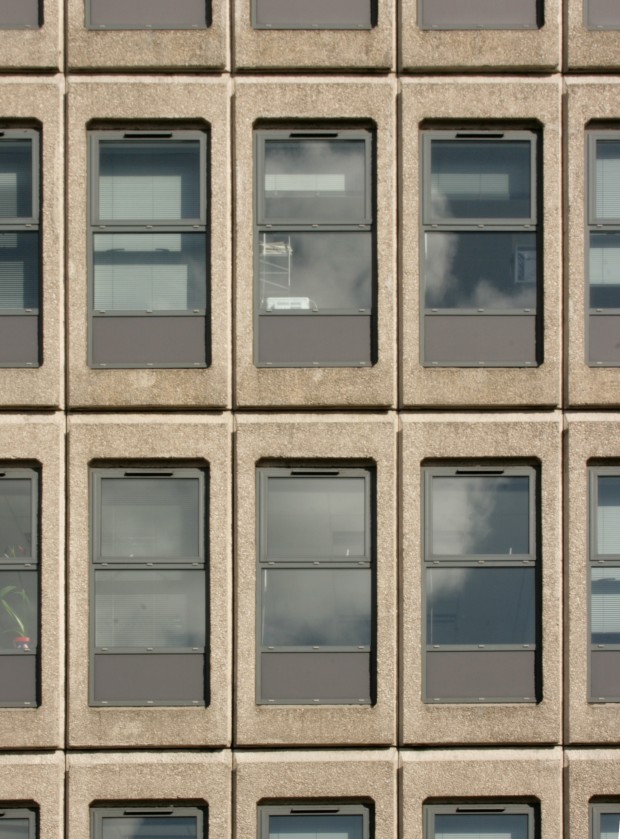 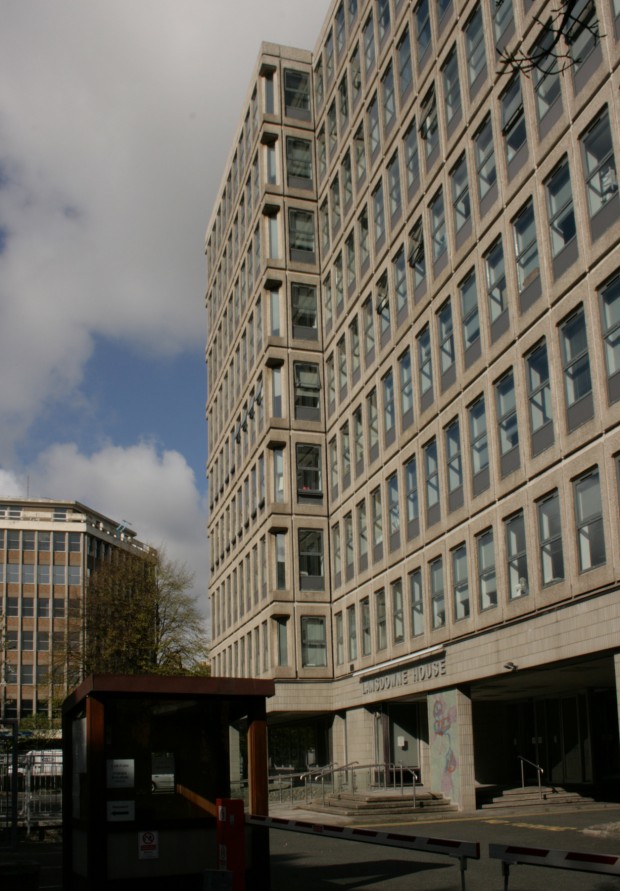 Lansdowne House is described as having a strong black and white colour palette originally, but it’s weathered into shades of brown. The nine-storey, 80000 sq. ft. L-shaped office block was completed in 1967, designed by Tyndall Hogan and Associates.

The precast window-wall units are structural and each one contains an aluminium window (“anodised natural colour”) with a solid black panel beneath. They were designed to encourage weathering in the joint surfaces (with gutters inbuilt to encourage this) rather than staining the surface of the panels, and decades later, this appears to be reasonably successful though perhaps less dramatic than intended.  The architects (speaking to the Irish Times, 18 November 1967) said that they sought the “vertical emphasis and proportions of the traditional window openings found in the houses in the area” as well as the richness of the facade texture, designing in sympathy with the brick Victorian houses rather than mimicking them (“disastrous in a building of this bulk”).

The aspiration regarding windows seems fair and I’m a big fan of the approach to context described, but the building doesn’t read as strongly vertical to me. the double bands of concrete at the floor levels make strong lines, and the thinner profile of the concrete frames between windows, with the corners as void rather than solid, makes the windows read like horizontal bands too. It’s certainly an elegant window profile and the precast corner units are just gorgeous, though.

Two new works of art were commissioned for the building – a mobile sculpture in entrance hall by Edward Delaney, and a concrete sculptured wall by Robert Costello on the Northumberland Road side (for a future post here) – but I’m not sure whose work is by the Lansdowne Road entrance.