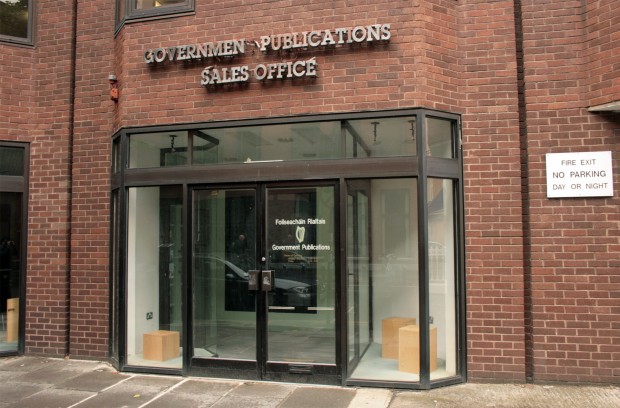 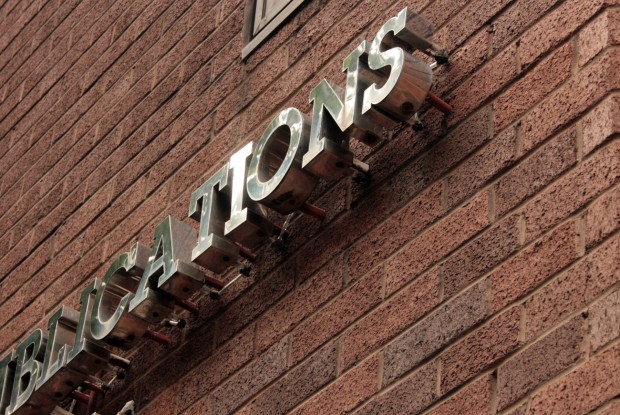 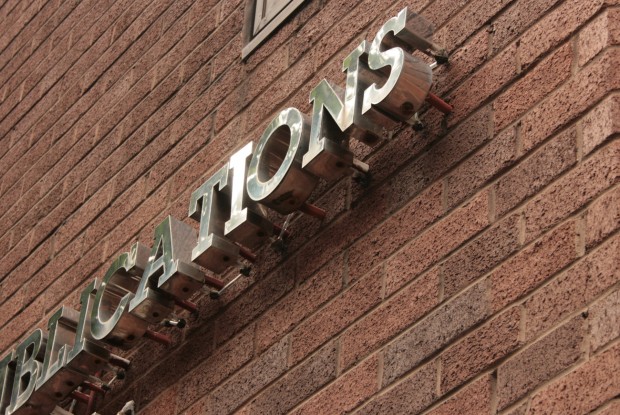 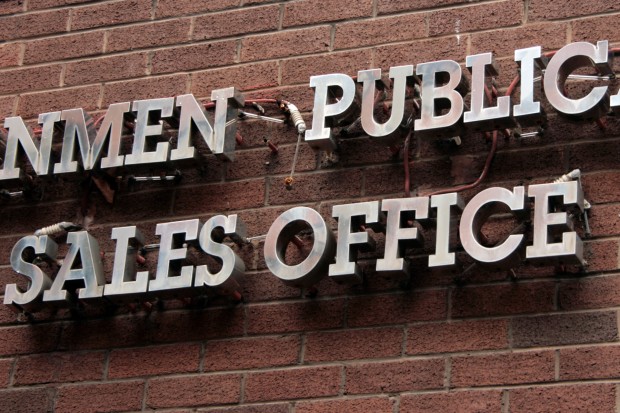 In February 1983, the Government Publications Sales Office moved from the GPO Arcade (between Prince’s Street and Henry Street) to Molesworth Street, opening for business on February 21st. It occupied a ground floor unit of Sun Alliance House, an office building with its primary entrance around the corner on Dawson Street (13-17), designed by Tyndall Hogan Hurley and completed in 1977.

In November 2012, the Sales Office closed due to a decline in volume, and it went postal-only. (This is our own fault for being drawn in by GovernmentPublicationsDepository.) The big days weren’t that far in the past, though: in 2002, the Flood tribunal third interim report sold out its initial 250000 copies within a week, reported by The Irish Times (7 October 2002, p.3) as outselling Maeve Binchy’s latest but being at an artificially low price, and pictured with a great big queue (mostly men in suits) wrapping the building. 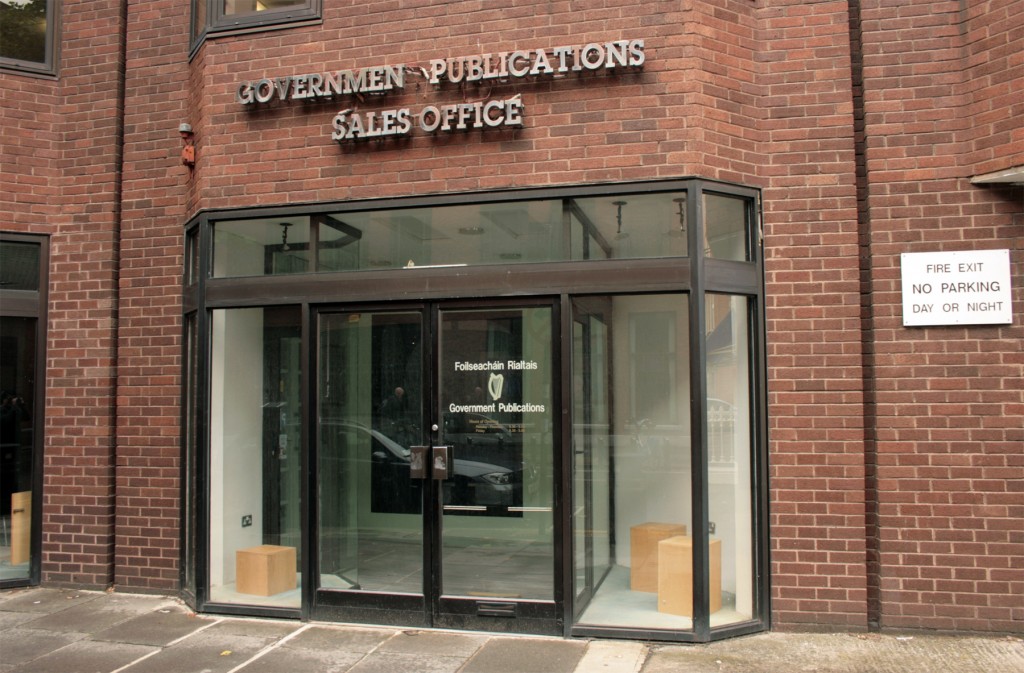 The building has a regular series of bays on both street facades – they’re canted, meaning the front is flat and the sides are angled. As a display case for a sober set of publications, I was always quite fond of it, with a spare arrangement of a bookcase in the centre of the bay accentuated by lighting. Nothing showy, quite well-judged but not over-reaching, and satisfying in the same way as a well-ordered form.

When it closed, I was surprised to find myself worried that the sign would go too. It’s nothing terribly special: metallic cans in a blocky slab serif, wired up for back-lighting, a stock set you can probably see on many other buildings. (The apartments at Lad Lane have a bronze-coloured set I quite like that might as well be from the same catalogue.) 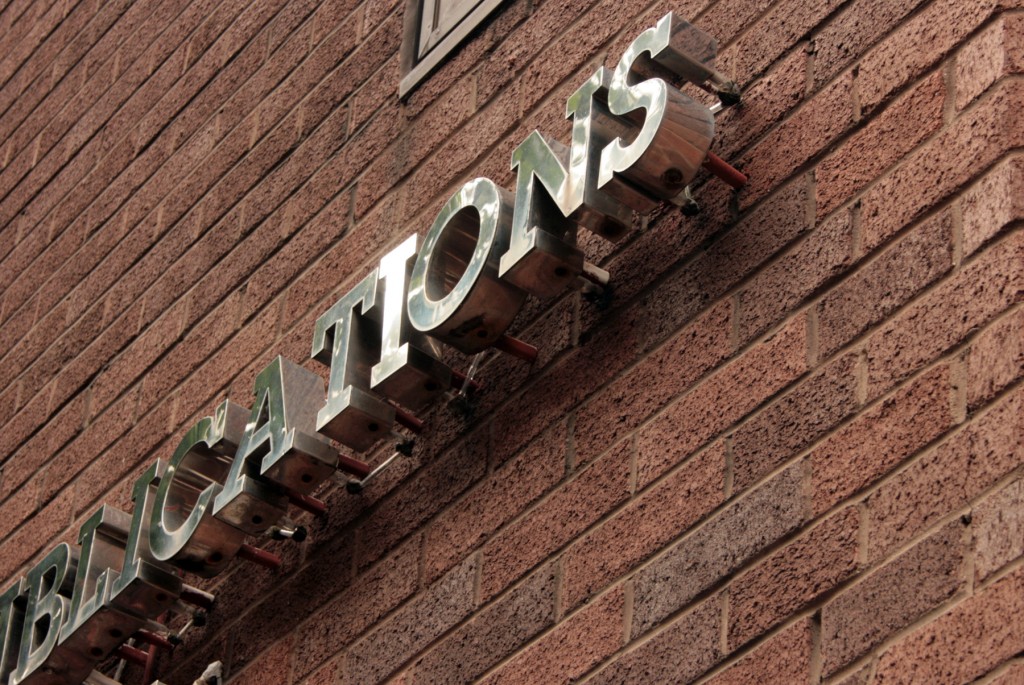 Indeed, if you’re the sensitive type, you’ll notice a bit of a wobble to them, and the ‘A’ in ‘PUBLICATIONS’ looking as if it’s afraid of the ‘T’, and the final ‘E’ looking like ‘C’ is overfamiliar and whispering in its ear. Still, the colour against brick and the neatness of single letters picking out the sign has an appeal, and it felt proportionately right for the building, even if the uppercase denseness might be a bit heavy.

You can still see the shop in action on Google Streetview, which has a nice quality of memory lag as the city changes, and the sign was still in place last time I noticed. Hopefully whatever comes next fits the form as well. 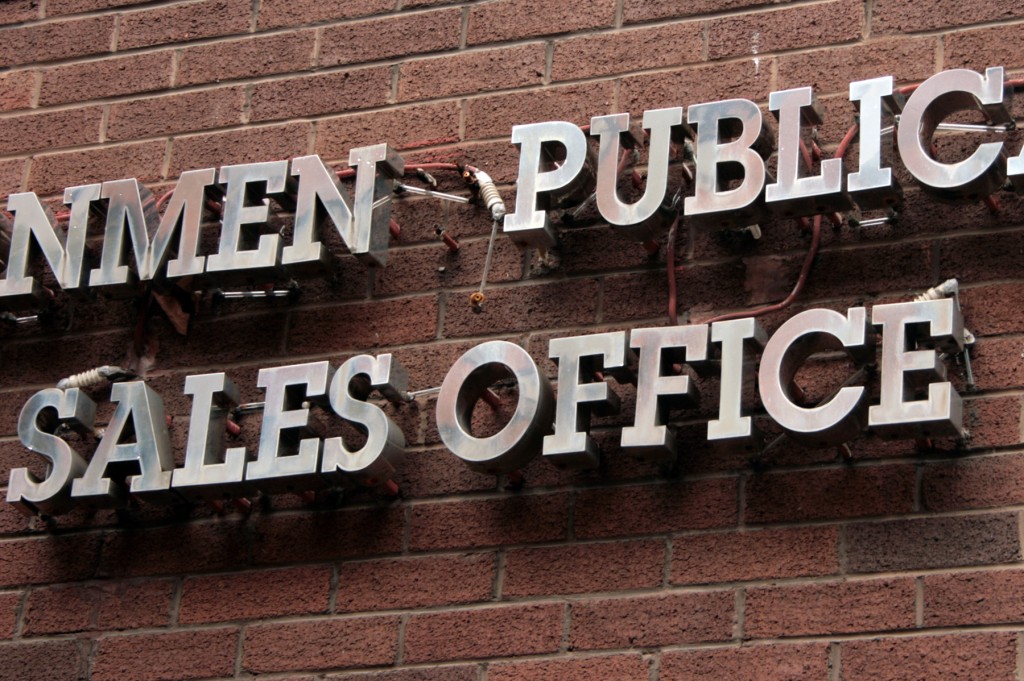