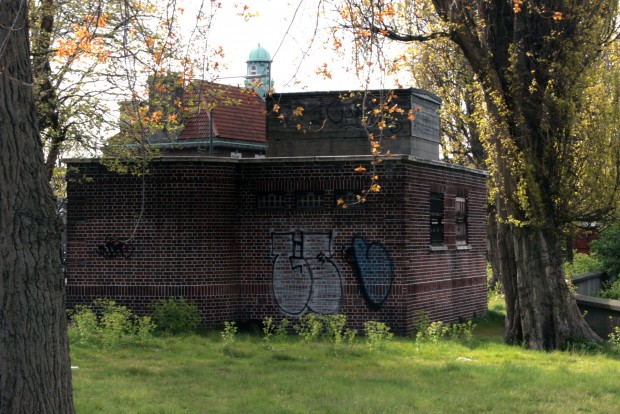 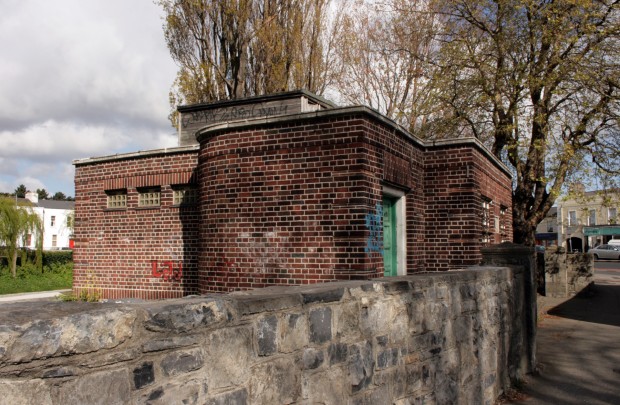 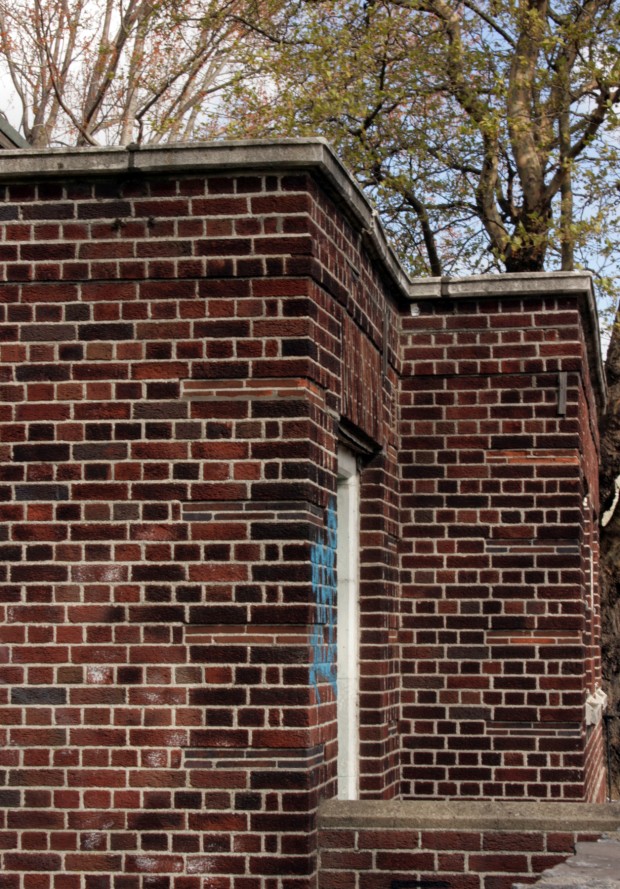 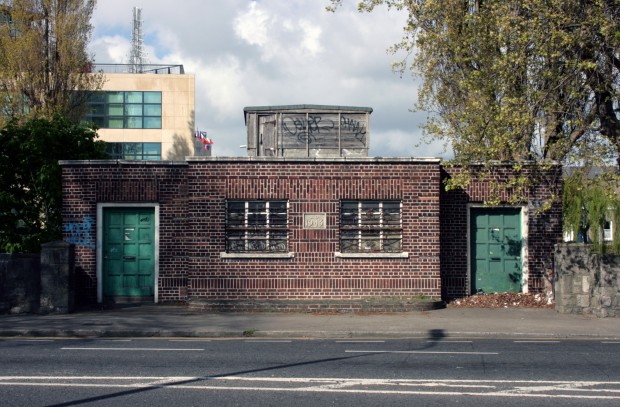 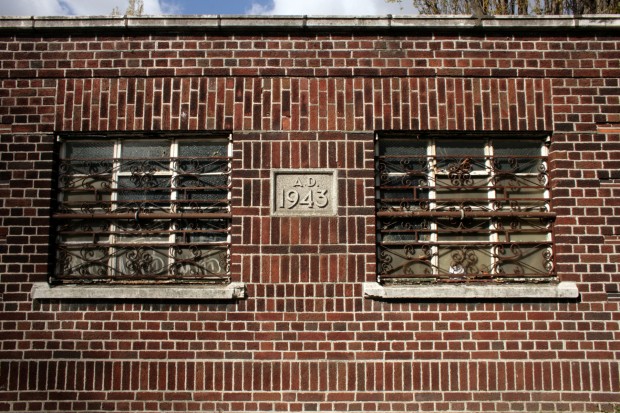 The former public convenience near the junction of Anglesea Road and Merrion Road presents a symmetrical elevation to the street. It’s surrounded by trees and backs on to the Dodder, sitting within a green wedge at the curve of the river. 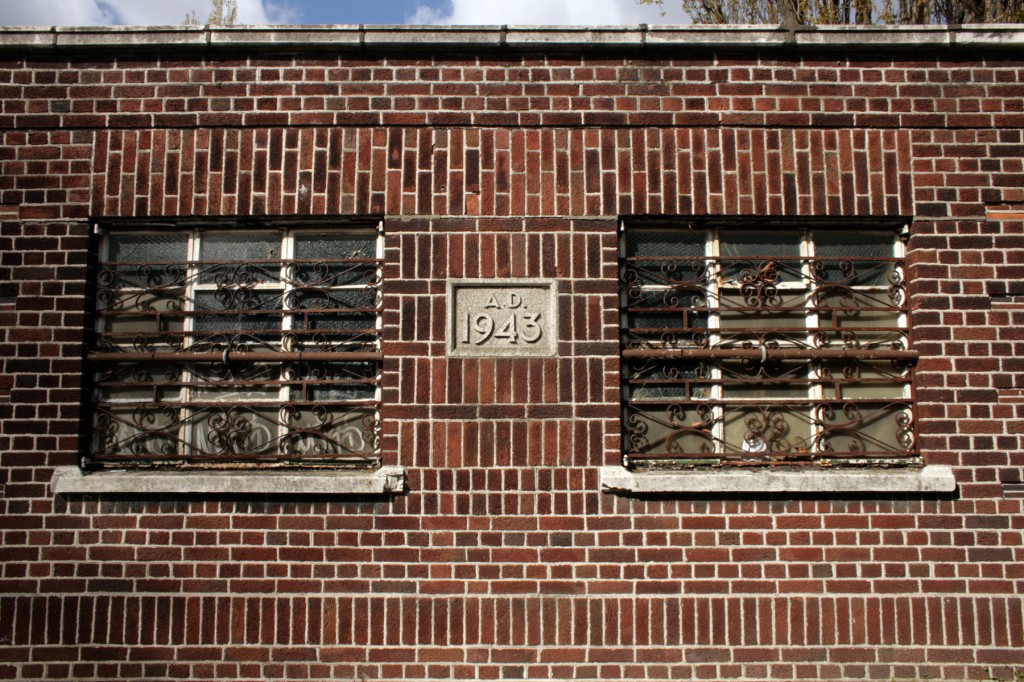 It’s dated 1943 and was presumably designed by Corporation architects, though I’ve had no luck pinning down a name. The building is neatly composed, with the two centre bays projecting forwards, two identical panelled doors on the wings to each side, and a curve in plan to the rear sweeping the entrances into the bulk of the block. On the Anglesea Road side, there’s a low, curved border to a flowerbed in front of the central section, two brick courses high with a concrete cap. The sills are in concrete too. 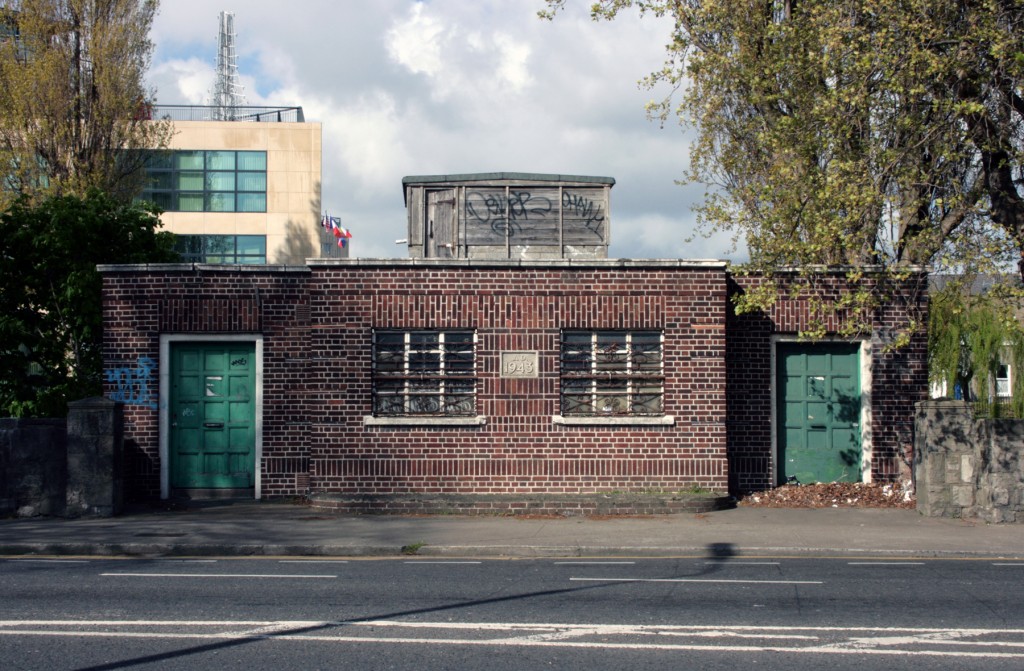 There’s a lot going on in the brickwork relative to the building’s surface area. Above the windows and doors, there’s a deep vertical lintel, which is continuous between the windows and sits above a centre panel of alternating horizontal and vertically-oriented courses. Over this, there’s a projecting course (further emphasised by being on a stretcher (lengthwise) row of the English bond), and near the bottom, its counterpart is a band oriented vertically.  On the corners, there’s a motif of recessing cuts in super-thin bricks, doubling up within a single course. 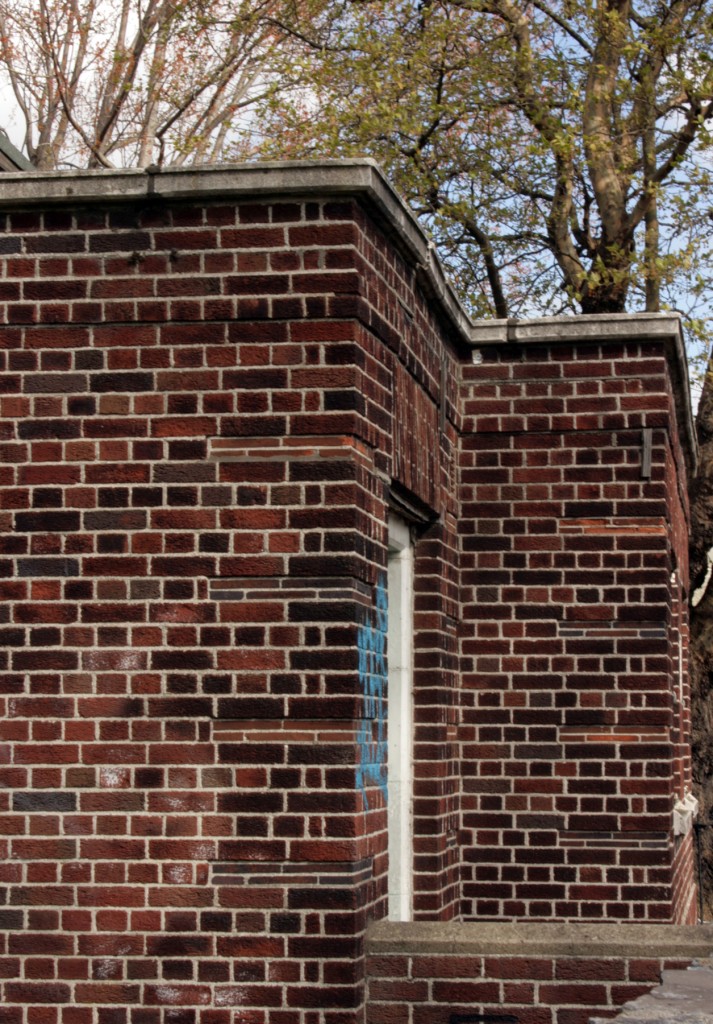 Last month, the former toilet block apparently went up for auction – there’s a mention of it in the Area Manager’s report in Dublin City Council’s South East Area Committee agenda in February 2013, indicating that expressions of interest are to be sought, and a more recent (August?) newsletter from Labour TD Kevin Humphreys notes that a brief is being developed for expressions of interest. Previously, it had shown up in proposals on Dodder flood management strategies, as a site rather than a building. It’s fair to assume change is coming, in some form or other. 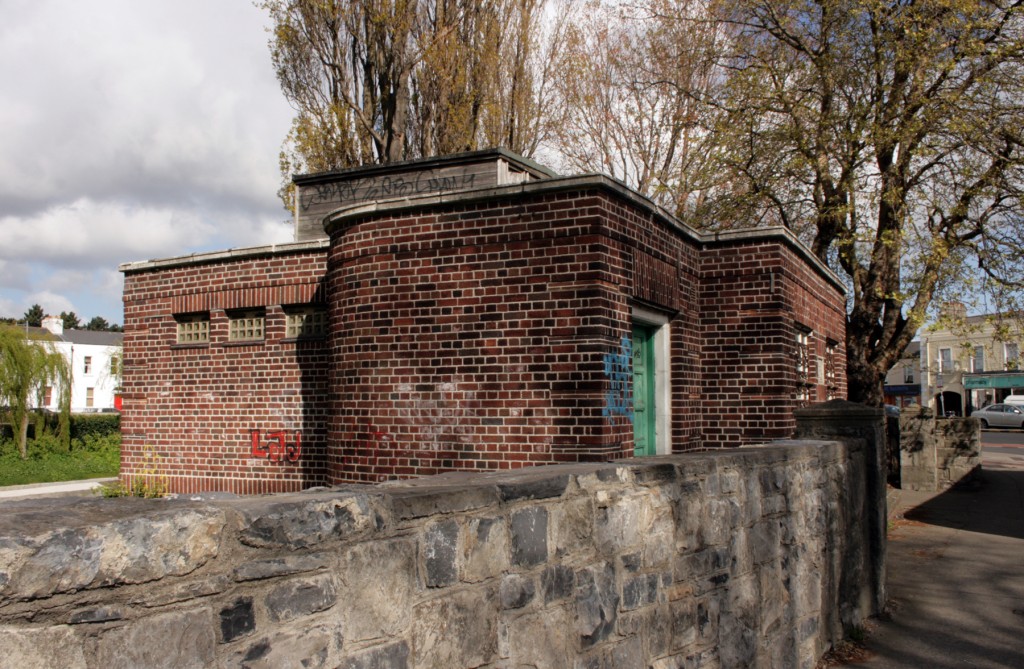