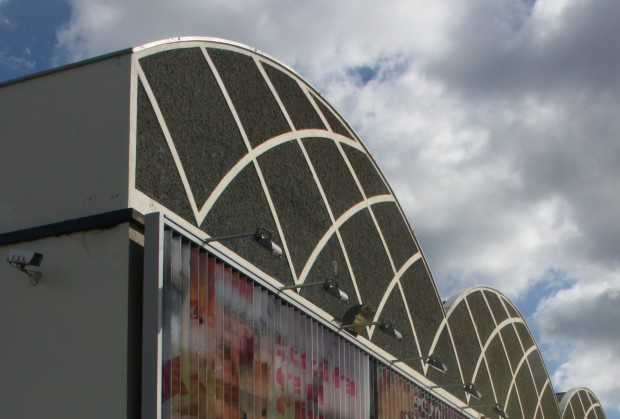 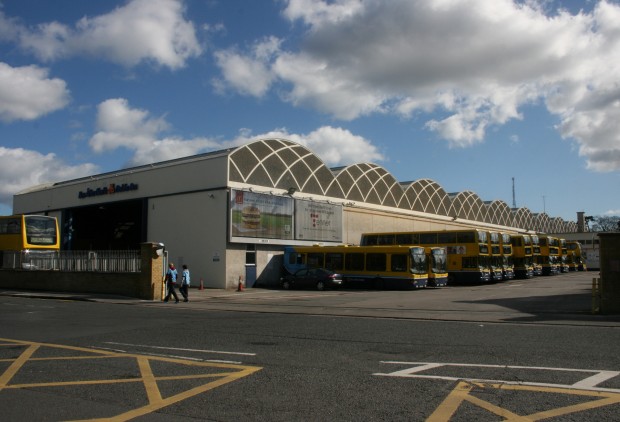 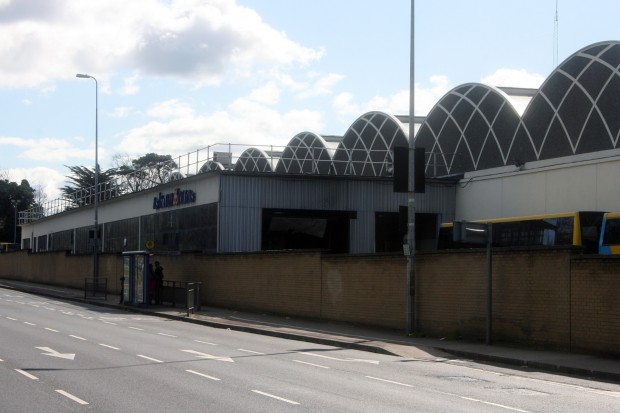 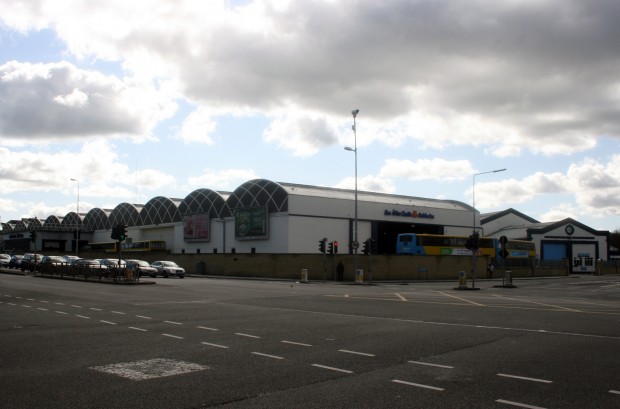 Donnybrook Bus Garage was designed in close collaboration between Michael Scott and engineer Ove Arup, whose Dublin office was first opened for this project. It was intended as the first of eight garages, and the hardwood formwork made for the Donnybrook garage was to be reused on the others, but it was not to be. 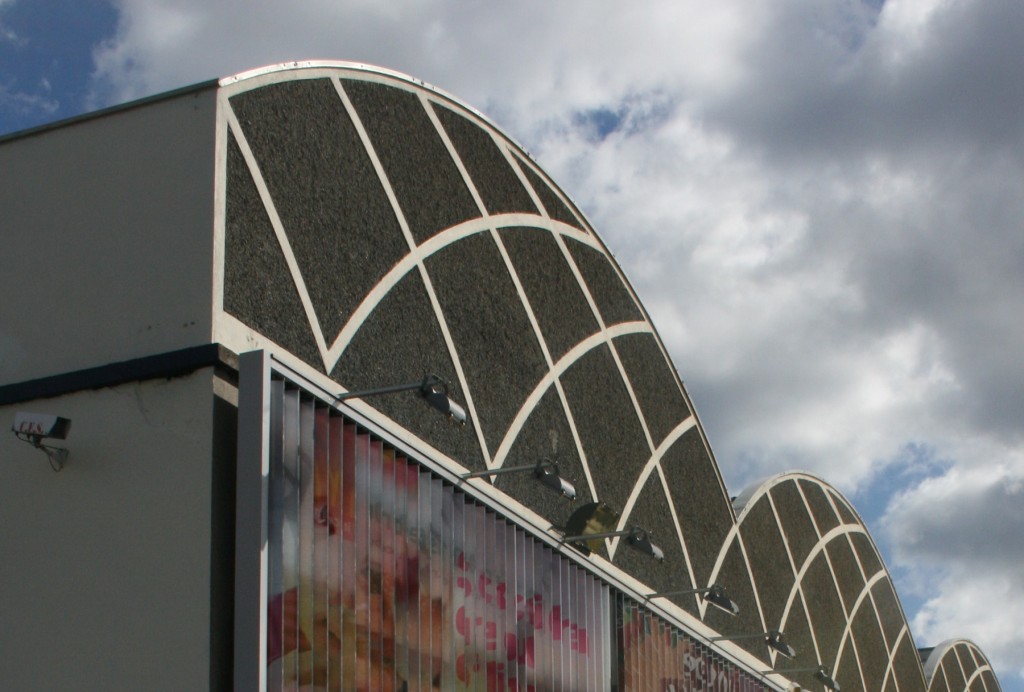 It’s a huge pity, because Scott’s three projects for CIE in the late 1940s were wonderful: this, the chassis factory (never used as a factory) at Inchicore, and the central bus station, Busaras.

The expensive formwork produced exciting results at Donnybrook, nonetheless. The garage accommodates ten bays of parking for up to 60 buses, and it requires a clear span (i.e. with no columns or other vertical supports) to achieve this. The roof structure is a modular shell construction, innovative in having glazing incorporated end-to-end to toplight the space, and the bay span is 33.5 by 12.2 metres, with the shell thickness ranging from 75 to 100 mm. 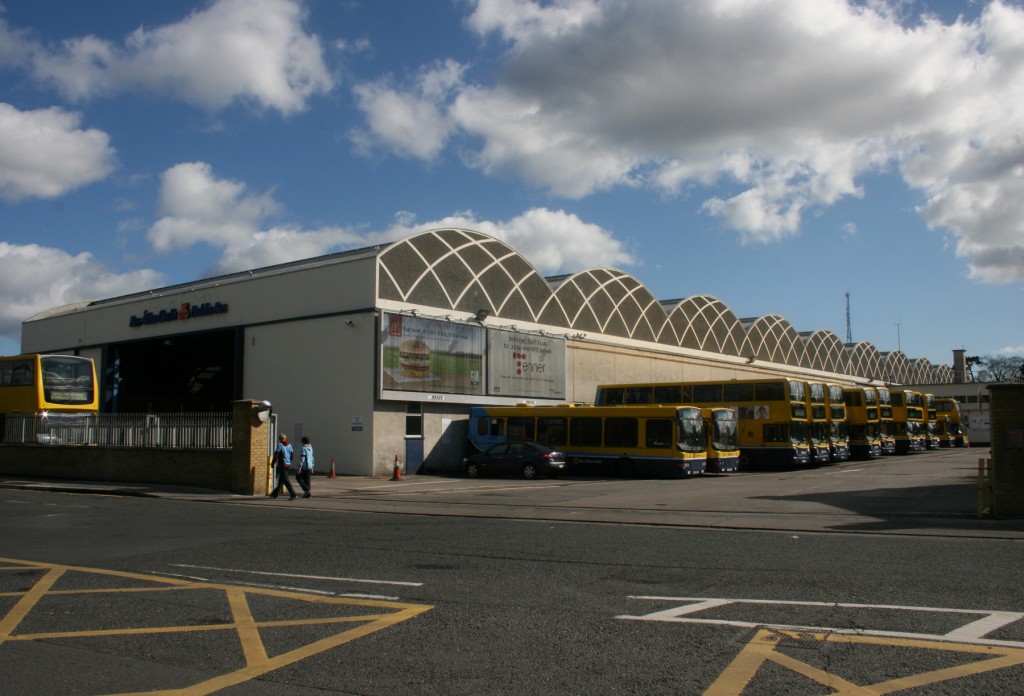 I’ve always admired the arcing band pattern on the ends of each vault, and it turns out these were composed by Patrick Scott, who is best known for his work as an artist but was also an architect earlier. Scott worked for Michael Scott (no relation) for 15 years, and he was responsible for these compositions, contrasting the smooth plaster of the lines against the rough plaster in between.

They look as if they’ve been recently painted, but they have the same appearance in every image I’ve found, including this 1987 photograph and a few earlier shots. I’d love to know if that was the original intent, to further highlight the contrast, or added later. Regardless, the texture contrast brings tactility to a surface where you mightn’t expect it – not only is this a beautiful building in a functional typology where beauty is totally optional, but it’s one I really, really wish I could touch. 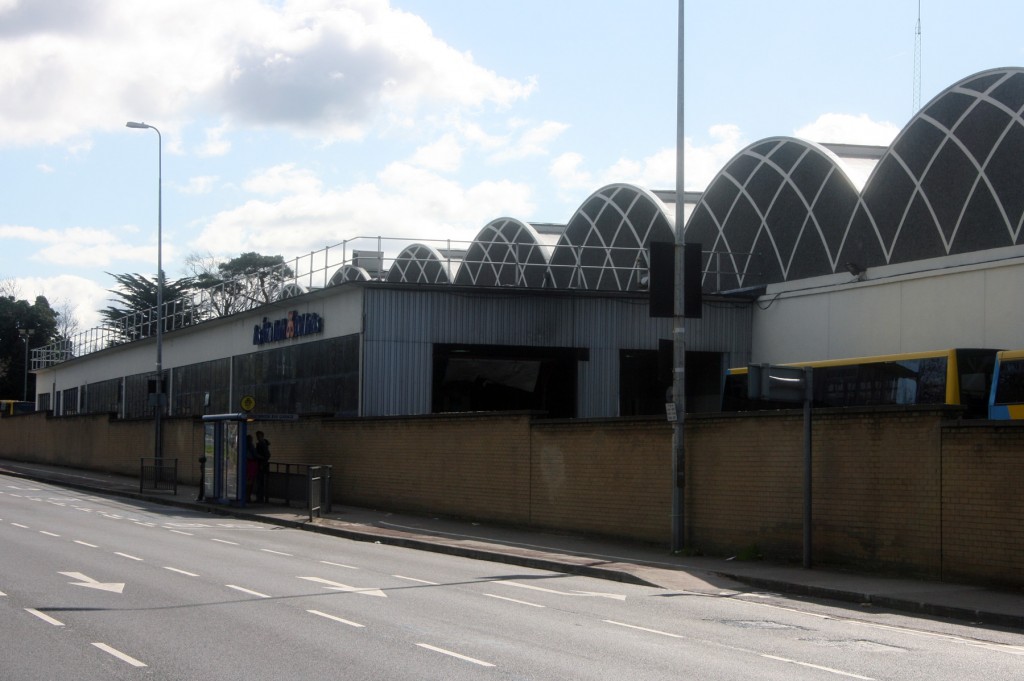