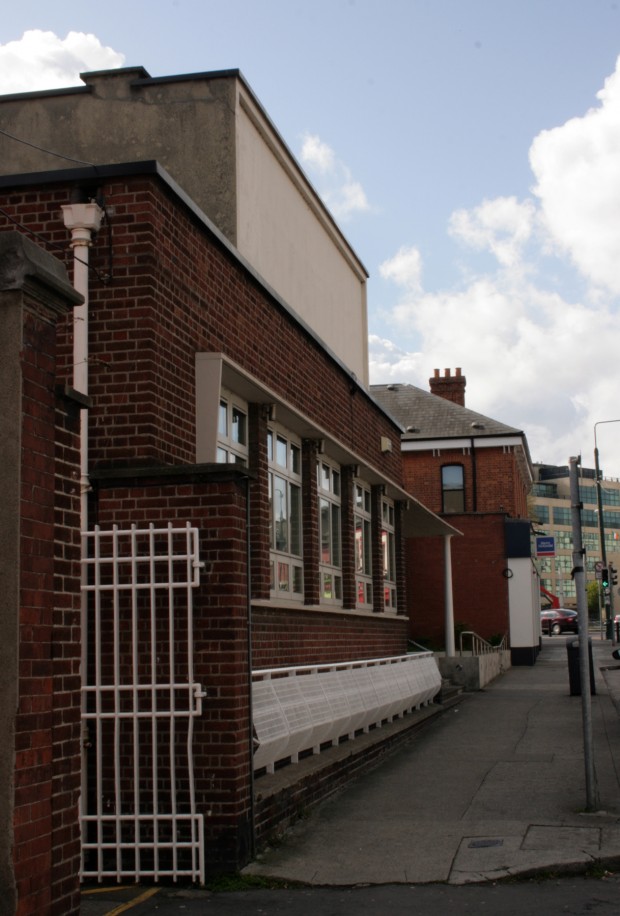 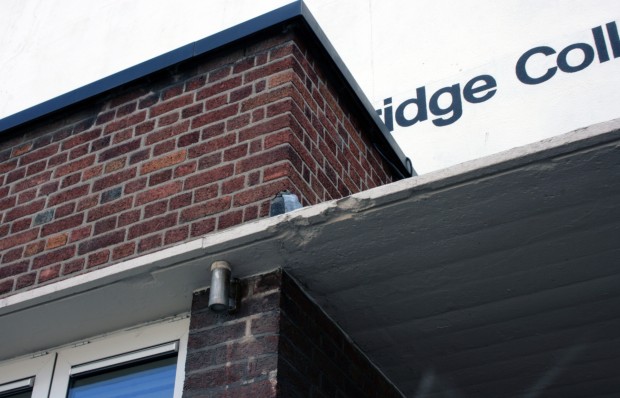 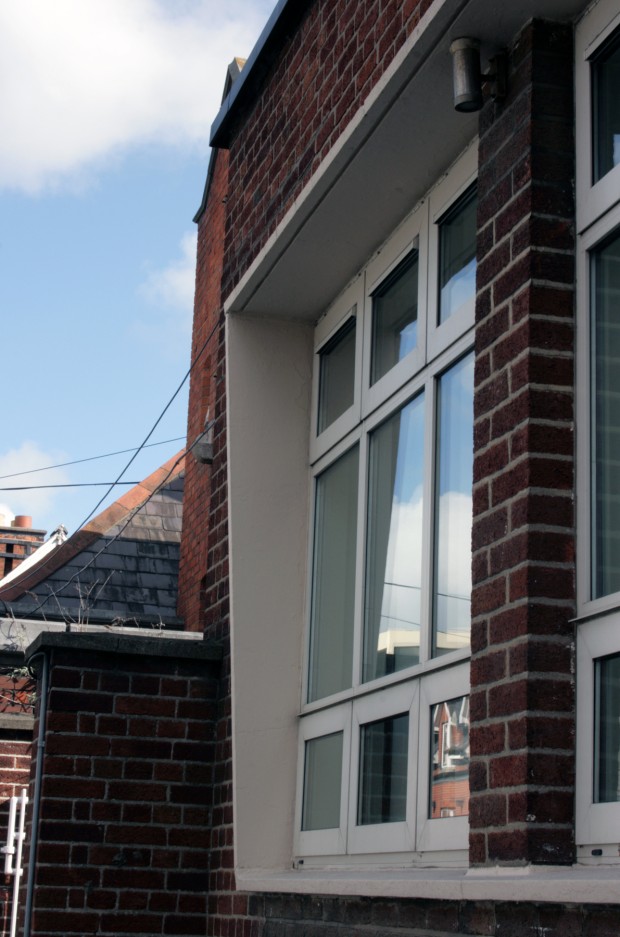 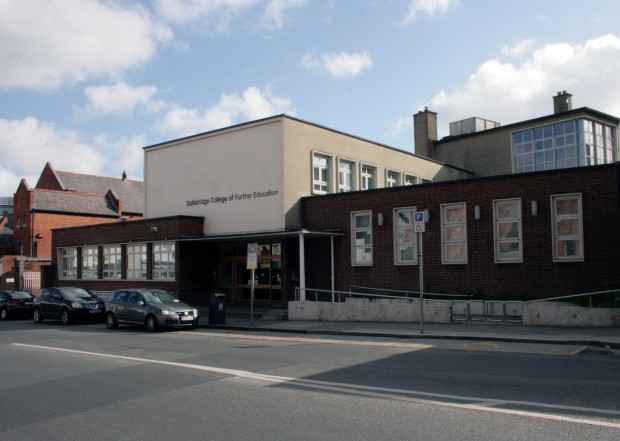 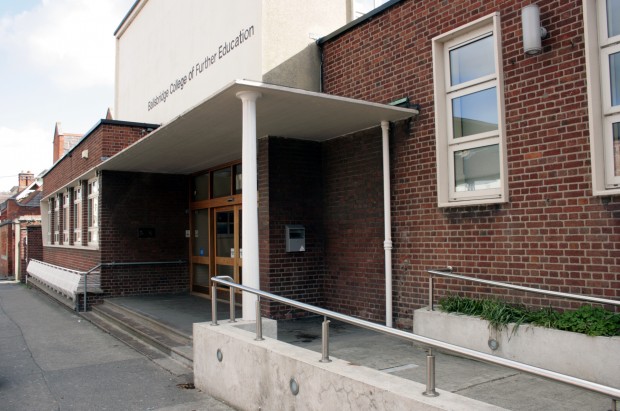 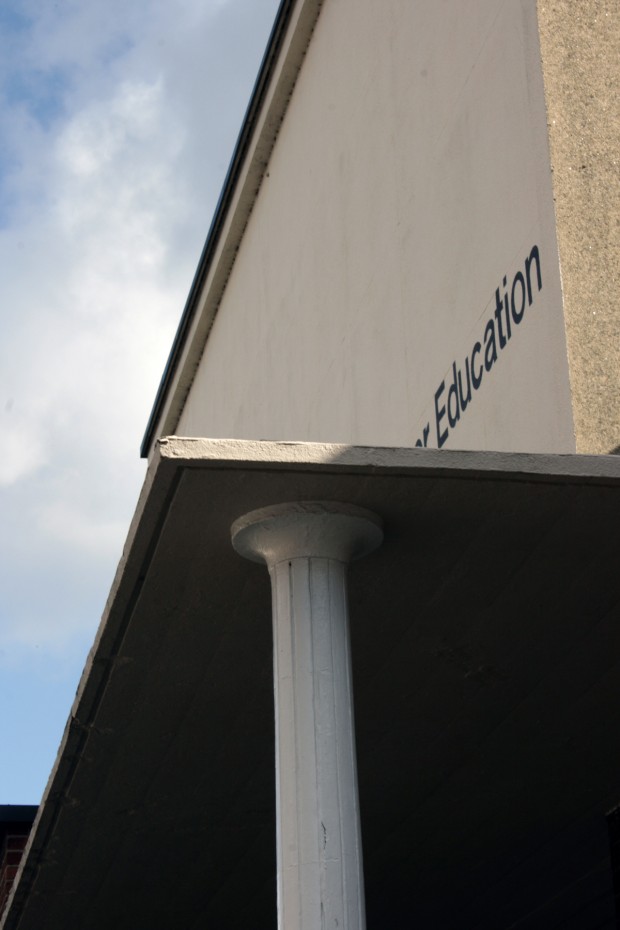 It’s changed names a few times, but the building that’s currently home to the Ballsbridge College of Further Education has been used for education and training since it was constructed in 1947-8. Initially, it was the School of Domestic Science, designed by Robert Donnelly and D.L. Martin, and it appears to have had a busy programme in the domestic field, including a course for brides, brides-to-be, and homemakers. The school comprises a series of intersection blocks, tallest at the rear of the site by the River Dodder and stepping down to one-storey brick blocks flanking the two-storey rendered entrance on Shelbourne Road. 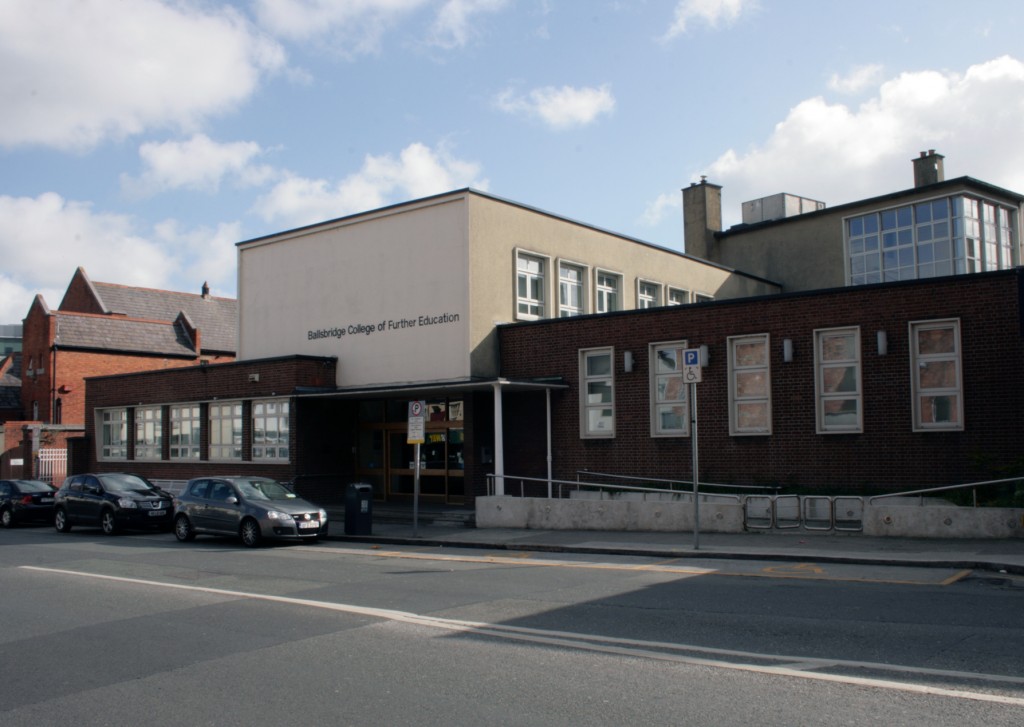 It’s got an attractive system-built look to it, neatly utilitarian and sober with a few surprising elements. For the most part, the blocks are solid with regular openings for windows, but it breaks out at two main points – the multi-pane corner of the highest block, and my favourite part, the extension of the canopy into the windows on the left of the entrance facade.

The slim profile of the canopy is gorgeous, an almost planar strip of concrete that sits over the entrance and is propped up by the slightly ridiculous fluted column. It’s the wraparound that really gets me, though, where the canopy turns into a frame for the windows, projecting further at the top and then angled in for a shallower sill below. It reads like an intersecting object, like it passed through the building as a huge slice instead of fitting around it. 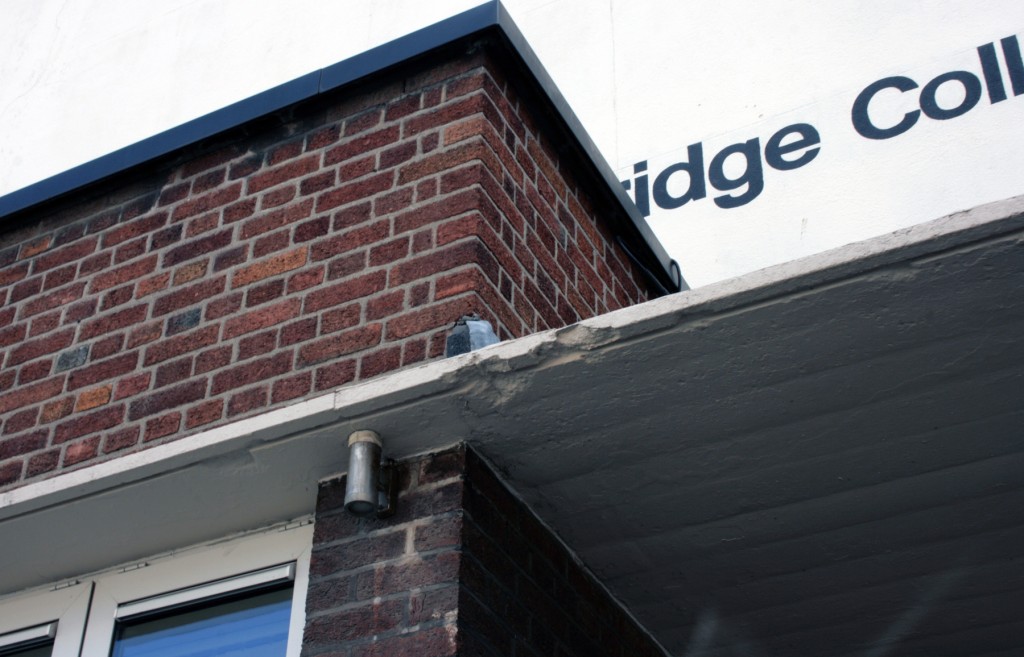 It’s not in perfect condition but it’s still impressively slim. The building appears to have made no great splash at the time of construction and it seems to be quite underdocumented, though it’s been mentioned to me enough times that I’m certain there’s quite a few of us admiring it.