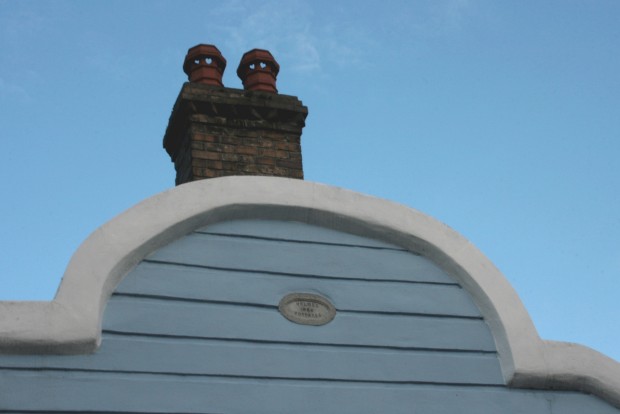 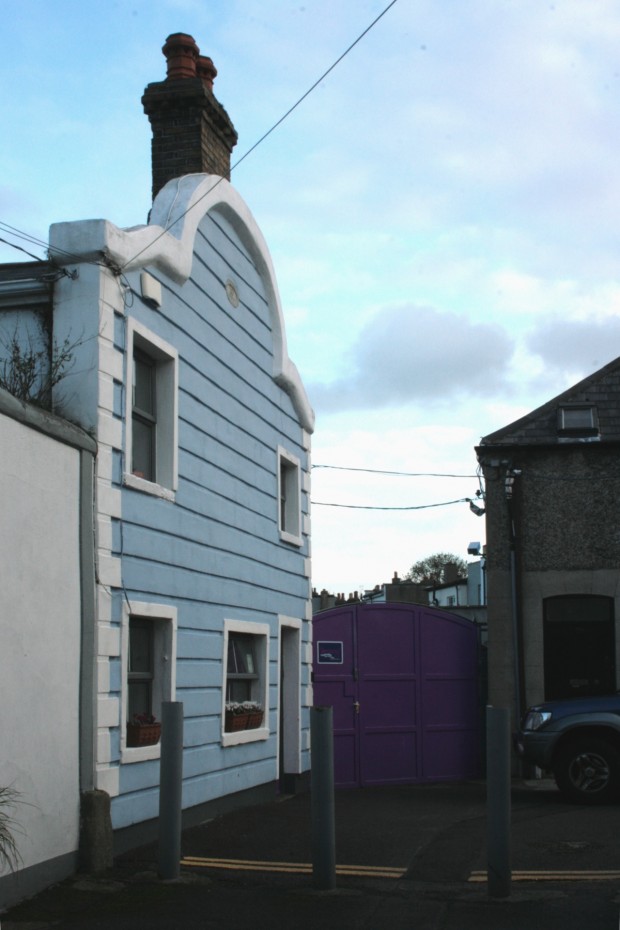 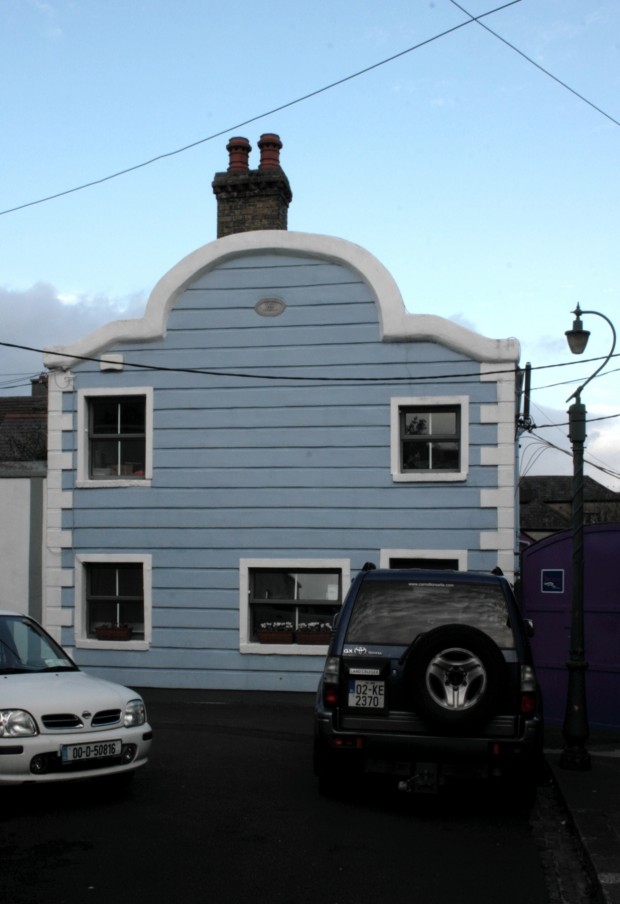 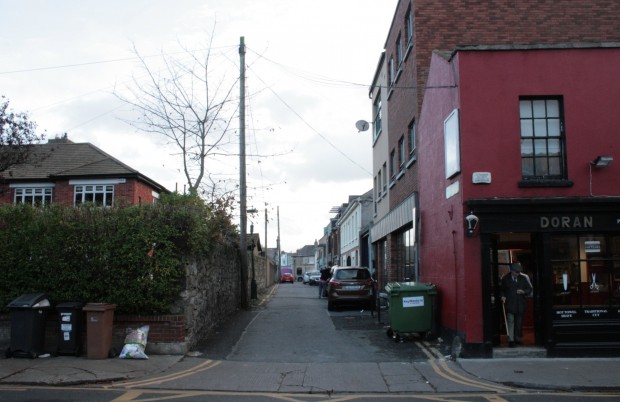 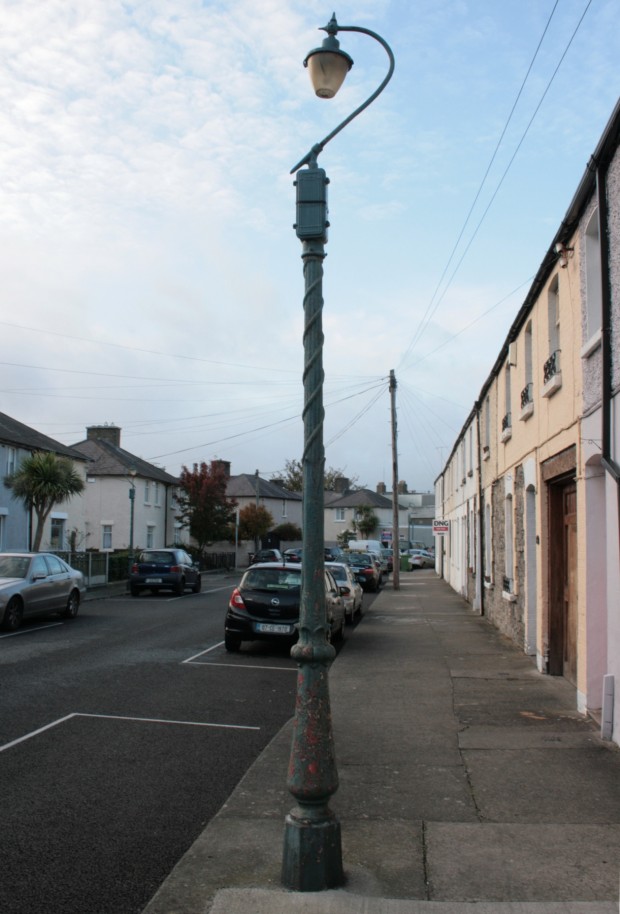 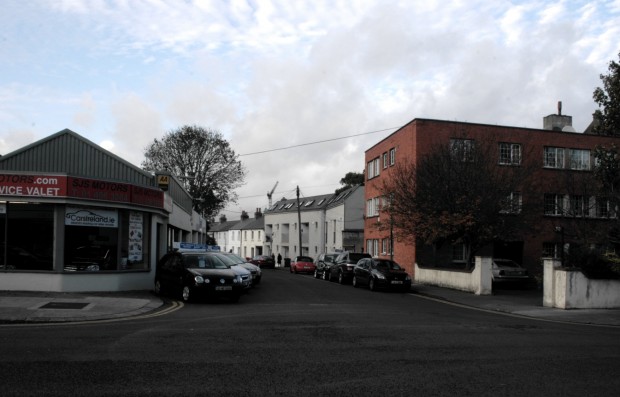 Opposite the Swan Centre entrance on Castlewood Avenue, there’s a laneway opening, giving a view up Castlewood Place. It’s a quiet-looking street, with some business units and some houses, but with every appearance of being the kind of place you go when you’ve got a reason to be there.

One block south, there’s a similar situation with Church Gardens, leading from Church Avenue by a garage to a domestic street. Thanks to a step in the centre, you can’t see from the outside that it continues into Castlewood Place, or that it branches into the post office yard. 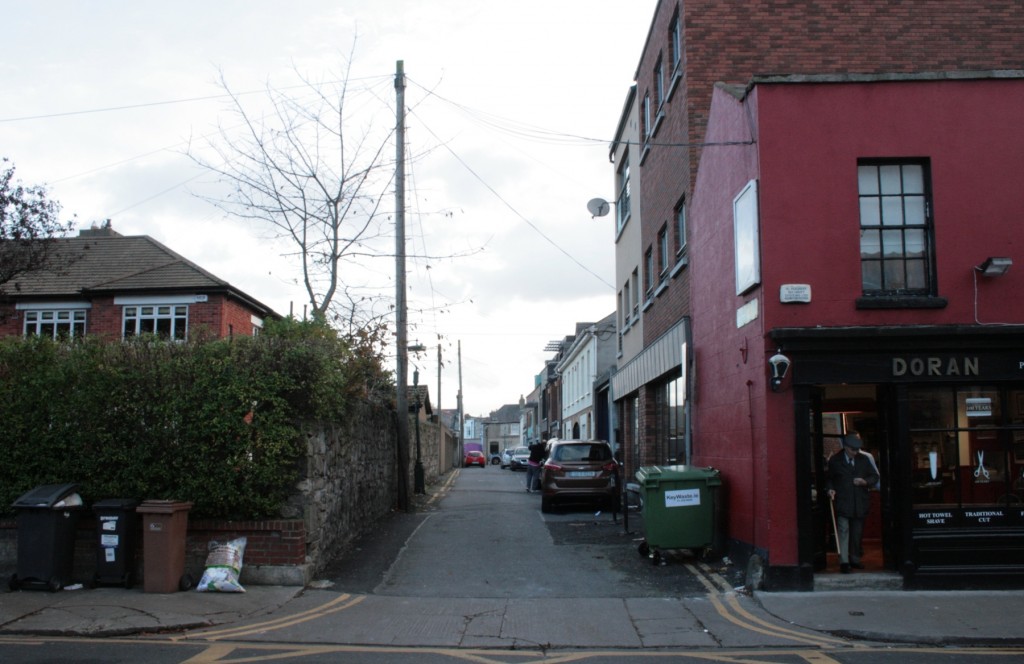 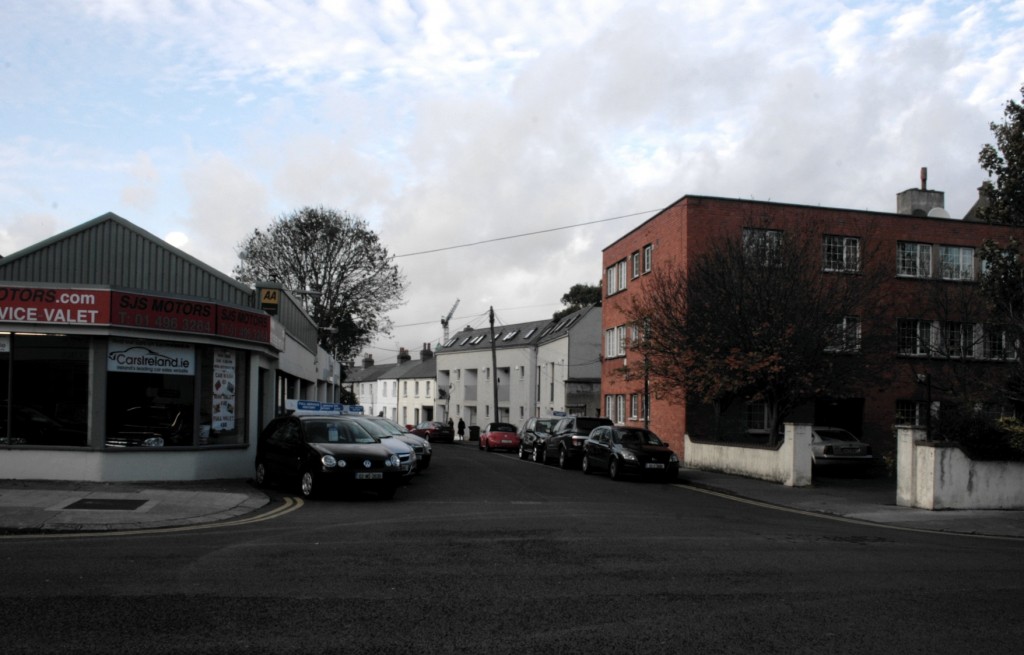 Or that there’s an interesting mix of older street furniture, including another of the shamrock numbers and a wall-mounted echo of the same motif. 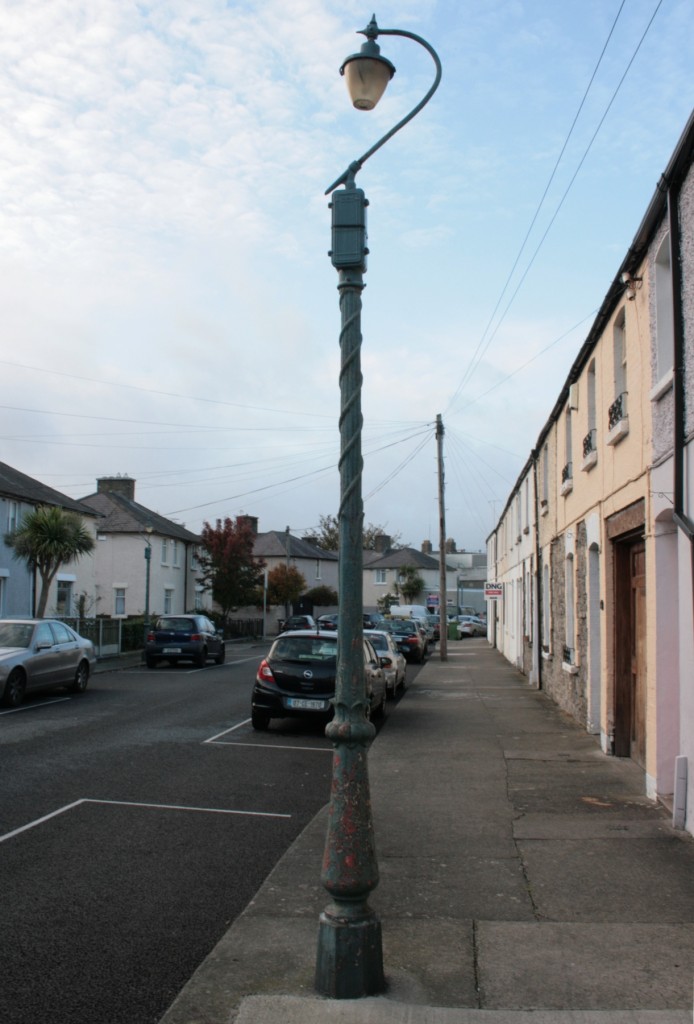 It’s not a remarkable street, though the blue marzipan-looking gable on the house with the ‘Holmes Cottages 1886′ plaque is memorable. (There was a Holmes Cottages at Purdon Street in the Monto which made a lot of appearances in the papers and in slum clearance, making a quick search on these ones a little fruitless.) It’s a handy shortcut if you’re on either side, and the sort of route you’re only going to stumble upon once you know the area well enough not to just use Rathmines Road, which is parallel. 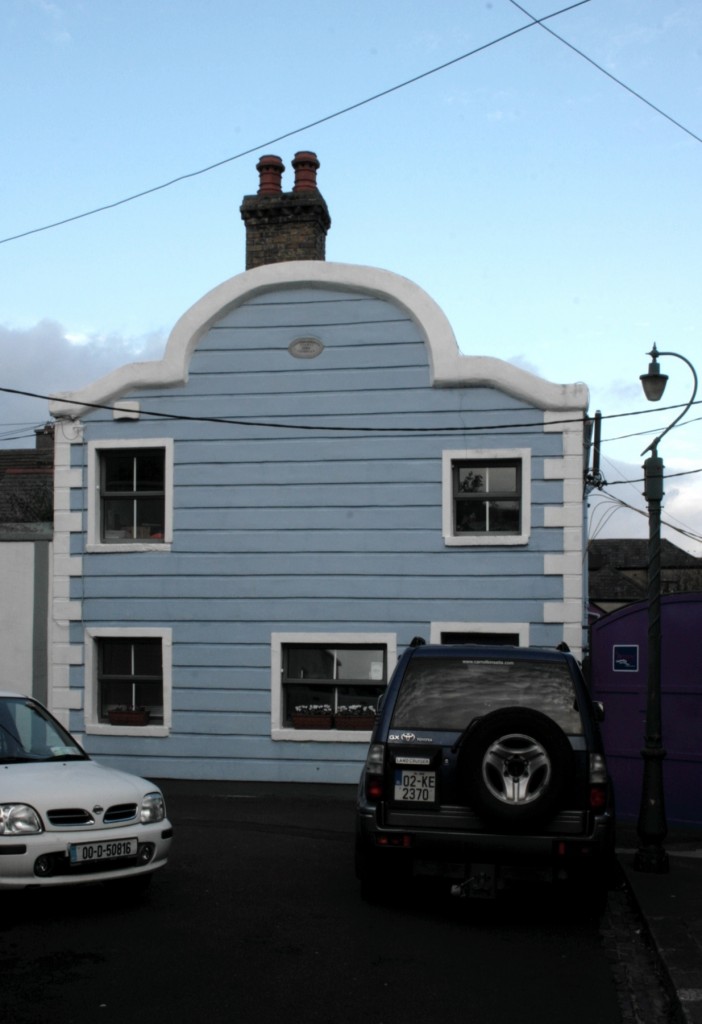 The getting-to-know-you process with a neighbourhood is so much about chance and accident, maybe a bit of exploring but more likely some lure or obstacle causing you to change your ordinary route – or for this laneway and my boyfriend, it was the noble cause of avoiding someone he knew from school, not expecting a way out at the other end of the lane but just diverting from the main street. Probably neither the worst nor the best reason someone’s ducking into a laneway in Dublin today. 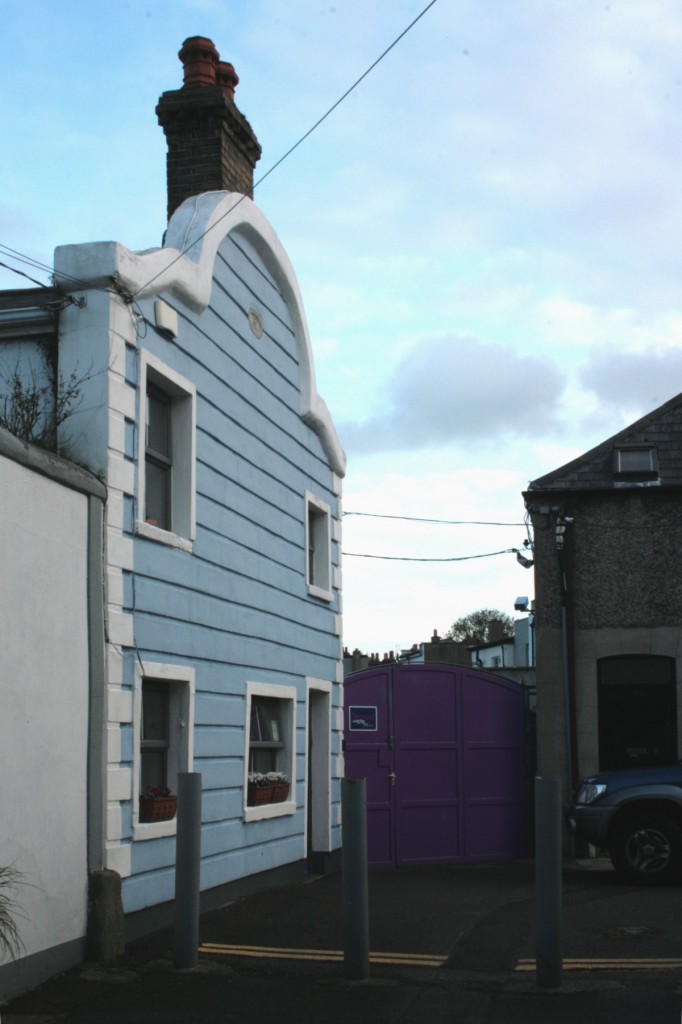 One of my favourite Georges Perec passages is in ‘Foreign towns’ section of ‘The Town’ (in Species of Spaces and Other Places), p.63-4:

You know how to get from the station, or the air terminal, to your hotel. You hope that it isn’t too far. You’d like to central. You study the map of the town with care. You locate the museums, the parks, the places you’ve been strongly recommended to go and see.

You go out and see the paintings and the churches. You’d love to stroll about, to loaf, but you don’t dare; you don’t know how to drift aimlessly, you’re afraid of getting lost. You don’t even walk really, you stride. You don’t really know what to look at. You’re moved almost if you come across the Air France office, on the verge of tears almost if you see Le Monde on a news stand. There’s nowhere that lets itself be attached to a memory, an emotion, a face. You locate tearooms, cafeterias, milk-bars, taverns, restaurants. You go past a statue. It’s that of Ludwig Spankerfel di Nominatore, the celebrated brewer. You look with interest at a complete set of monkey wrenches (you’ve got two hours to waste and you walk for two hours; why shouldn’t you be drawn more particularly by this rather than that? A neutral space, not yet invested, practically without landmarks; you don’t know how long it takes to get from one place to another; as a result you’re always horribly ahead of time).

Two days may be enough to start to get acclimatised. The day you find out that the statue of Ludwig Spankerfel di Nominatore (the celebrated brewer) is only three minutes from your hotel (at the end of Prince Adalbert Street) whereas you’ve been taking a good half-hour to get there, you start to take possession of the town. That doesn’t mean you start to inhabit it.

But it’s not just unfamiliar towns, obviously – one of the enduring pleasures of a city is that the places we know still hide unfamiliar marzipan houses, long after we think we’ve walked every street. 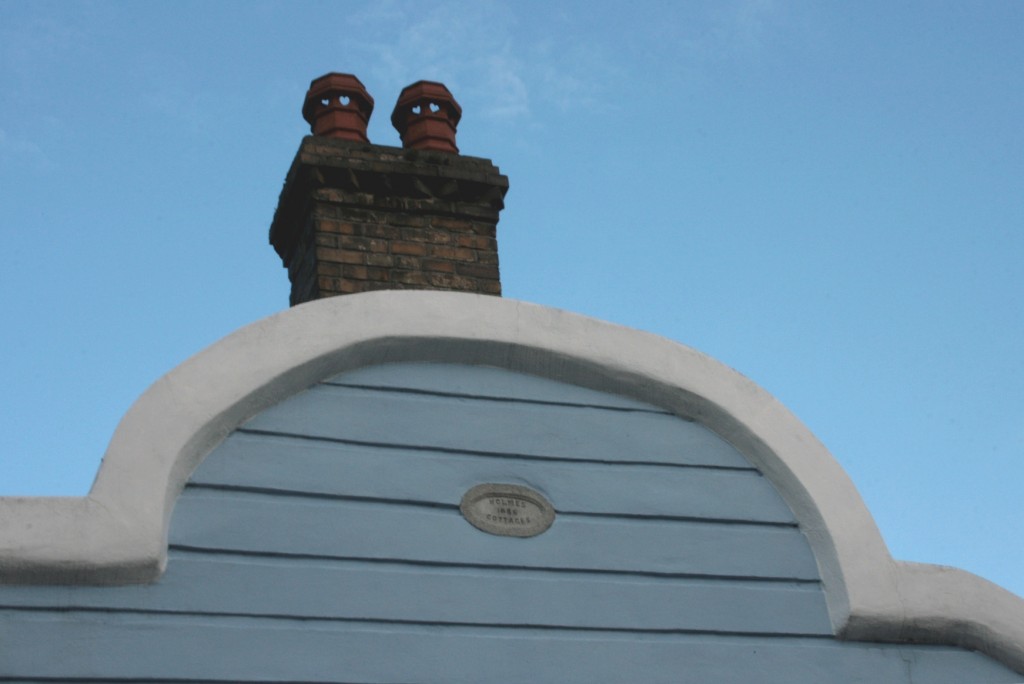