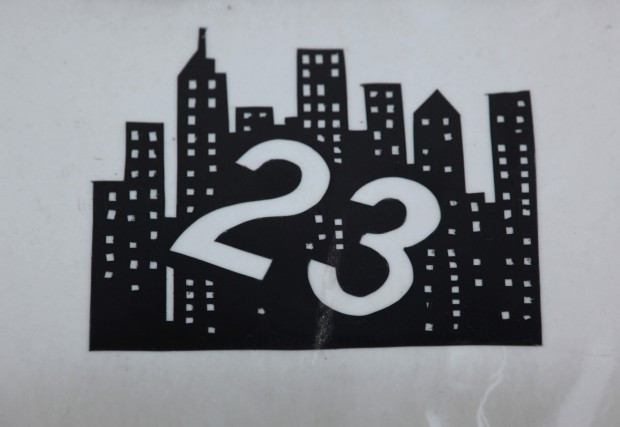 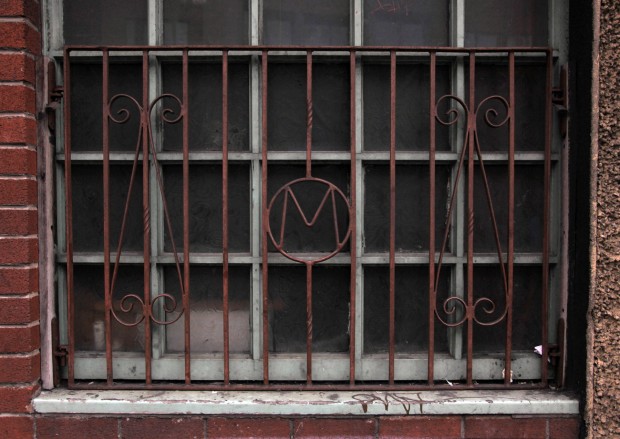 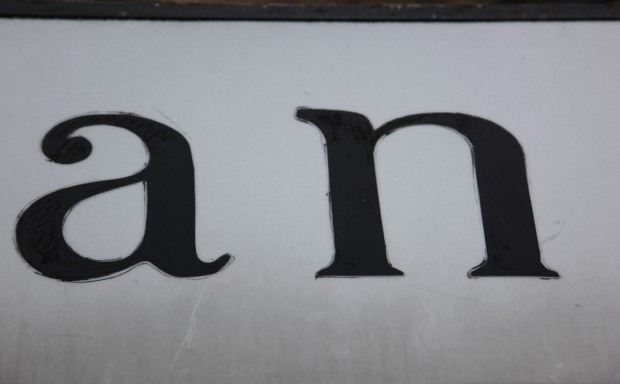 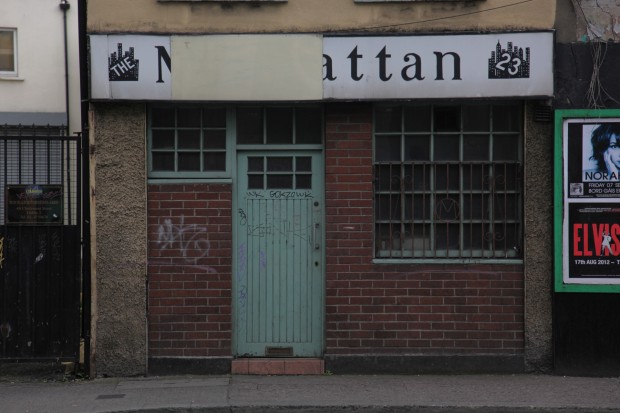 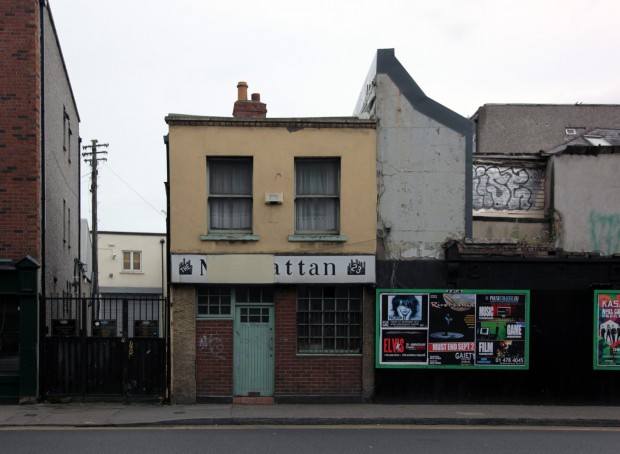 The Manhattan was a Dublin institution: open only at night, serving fried breakfasts and chips, similar to the nearby Gigs Place. Even when it was open, it looked closed until you knocked right. It was run by generations of the Woods family and it first opened in the 1950s, replacing a cafe (Tony’s or Toni’s) that seemed to draw a similarly lively crowd. Since it closed beyond all knocking in about 2009, the shop has remained empty.

The main sign, on white backlit plastic, looks an awful lot like it might have been hand-painted. It’s pretty sharp and I hadn’t noticed until standing right underneath. You can see it around the edges and the curves of the letters, or inside the windows of the skyline, where the brush didn’t quite follow the lines. Letters are steadily disappearing with time, leaving us the two bookending skylines, a bit of the ‘m’ and the second ‘a’, and just ‘ttan’ unobscured. The skylines are probably the best part (a vague suggestion of tall buildings totally undermined by there being very few, rather big windows) and if the building is ever demolished, I’ll be scavenging for them.

On the window railings below, there’s an ‘m’ held in the centre above the small, thick panes of glass. It’s slightly silly, like a monograph on a beach towel, but it also disturbs the closed-down domestic look by putting the business at the forefront. There’s little possibility that the customers in search of soakage would have spotted the detail, sure, but it’s a nice oddity in daytime.

One of the jokes I’ve heard most about the Manhattan is that it couldn’t be any further from New York, and I’m not sure. The times when Dublin feels like a real city city, a place that should have a dot on a zoomed-out map and allows hundreds of worlds to go on at once, is when you run across a small open secret like this. It’s not like New York was suddenly evoked by walking through the door, and it does feel a bit like pre-90s kids wearing jumpers with American place names on them and thinking that was really cool, but it’s a city move even if it looks as small town lock-in as can be. Dublin has lots of these portals and clues, all easy to miss if we stay within a single sphere of the city’s life.