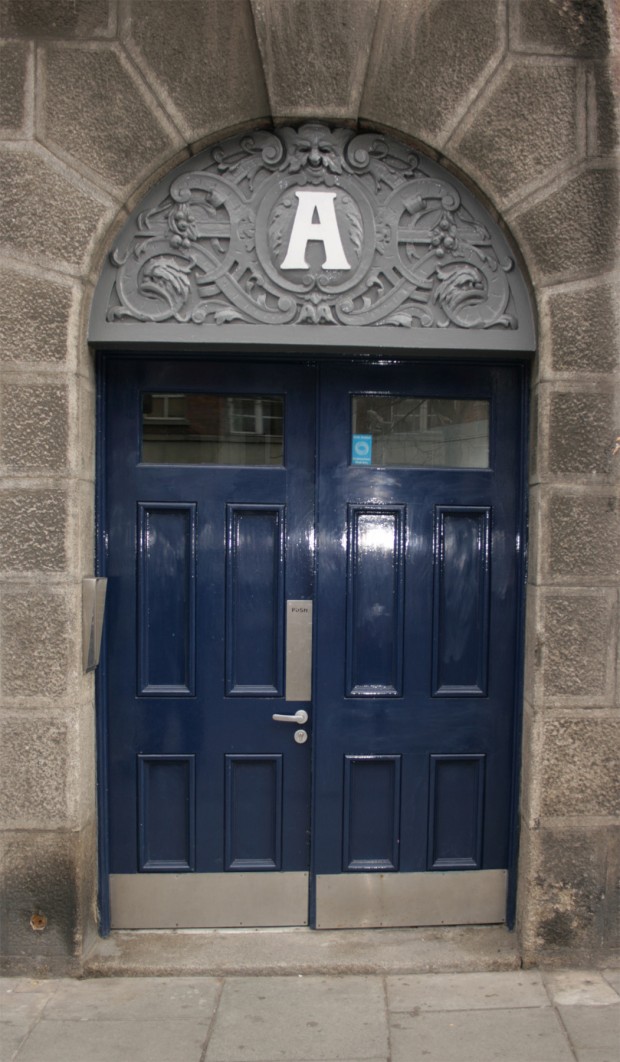 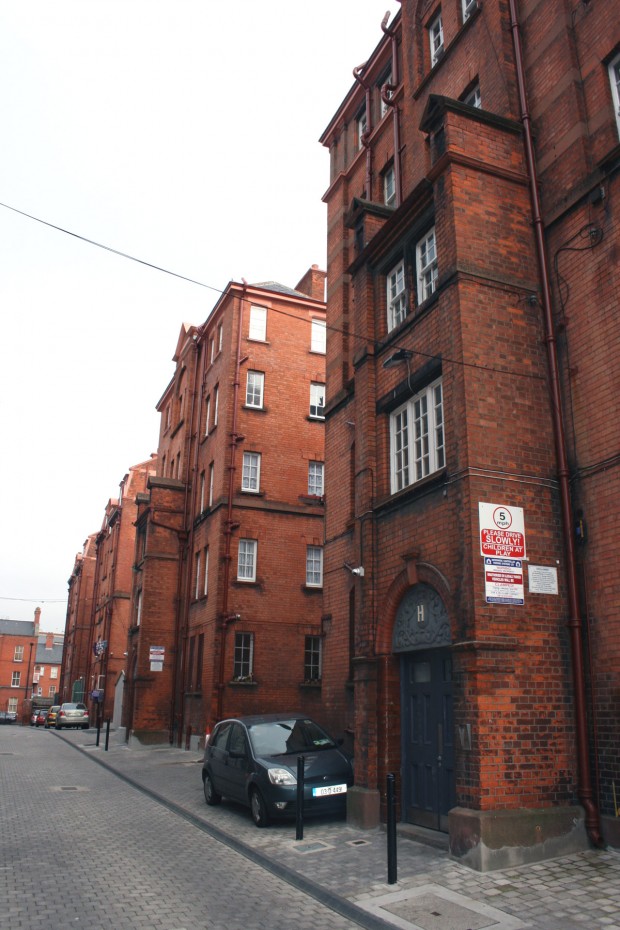 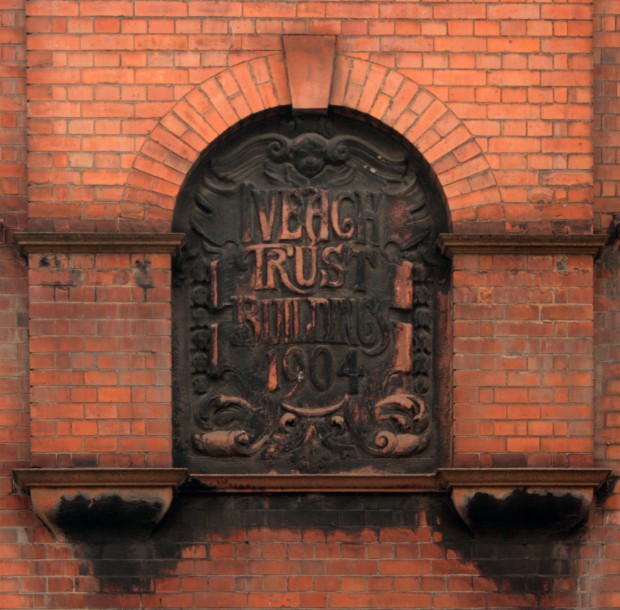 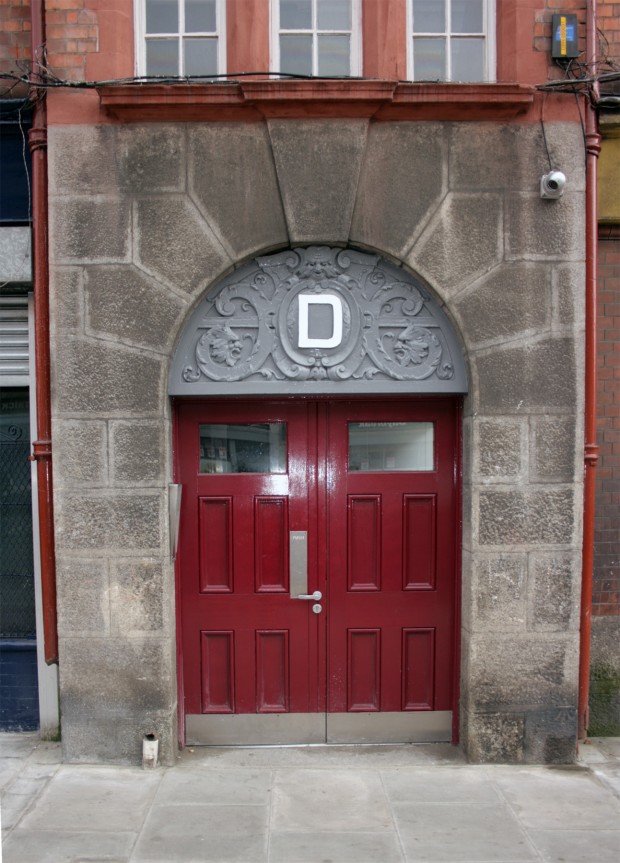 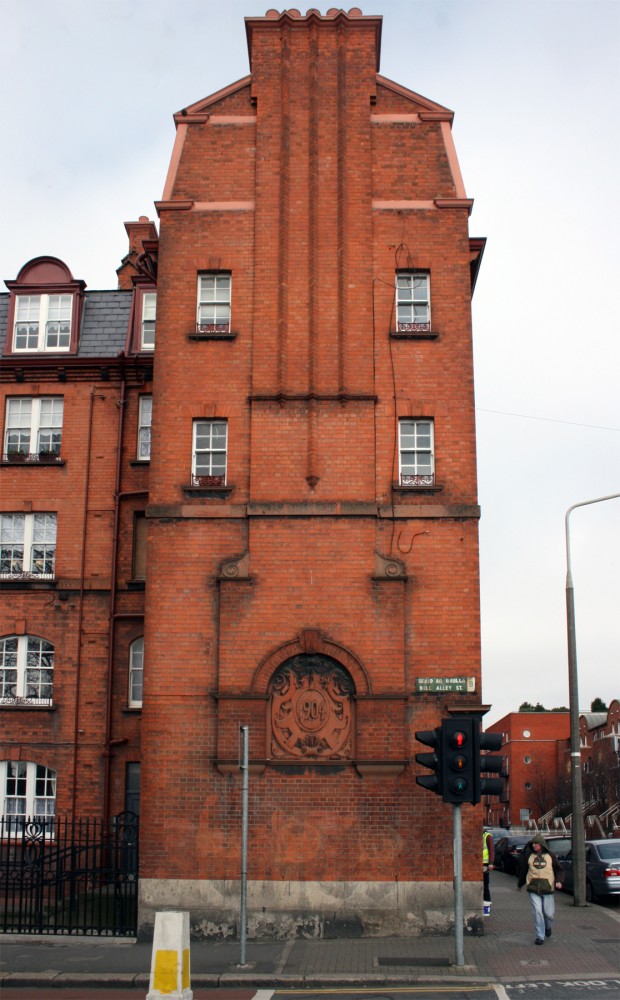 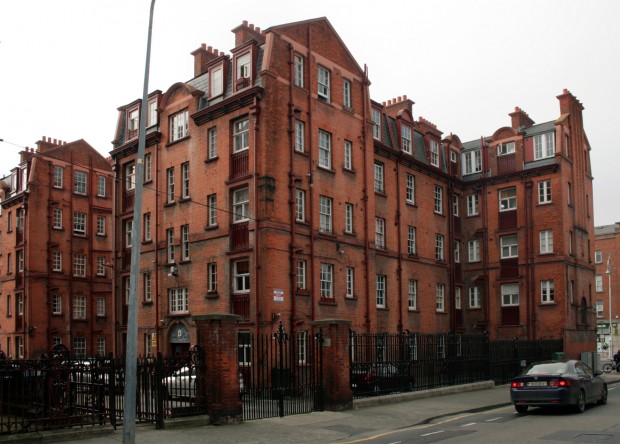 The Iveagh Buildings were developed by Edward Cecil Guinness, the first Earl of Iveagh, to provide housing and amenities for the city’s working poor. Edward was a great-grandson of Arthur Guinness, founder of the brewery and namesake of a bizarrely all-consuming annual advertising campaign, and his philanthropy in Dublin and London was intended for the public good. Dublin’s tenements were notoriously overcrowded and unsanitary at the beginning of the 20th century. Today, the Iveagh Trust is still active in Dublin as a charity focused on housing, as well as running a homeless hostel.

Located just to the north of St. Patrick’s Cathedral, the site at Bull Alley was cleared to develop 250 new units in tenements, in a symmetrical set of eight four-storey red brick blocks. (‘Tenements’ just means multiple rented units in a building, though for most people in Dublin, it conjures grim images of dozens of people packed into a filthy, dilapidated house.) The scheme was designed by Joseph & Smithem with R.J. Stirling between 1894 and 1904, followed by the nearby Hostel (1905), Baths (1906), Play Centre (1915, now Liberties College), and St. Patrick’s Park (1904).

The entrances to the eight blocks are indicated with letters (A-H) set above the doors, and gates provide access to the central yard areas on either side of the Play Centre. Small copper domes – visible on Google satellite view below – mark the stairwells, and the roof is a mansard style. The mansard (which is a double pitch – one with a steep pitch, then a shallower one approaching the ridge) is most visible on my favourite part of the building, which is the gable facing St. Patrick’s Park with the decorative chimney framing the date stone.

One of the flats – in its original condition thanks to its former tenant, Nellie Molloy – is maintained as a museum by the Iveagh Trust and has been accessible during Open House Dublin in past years. It seems to have been really popular, so maybe it’ll be included again.