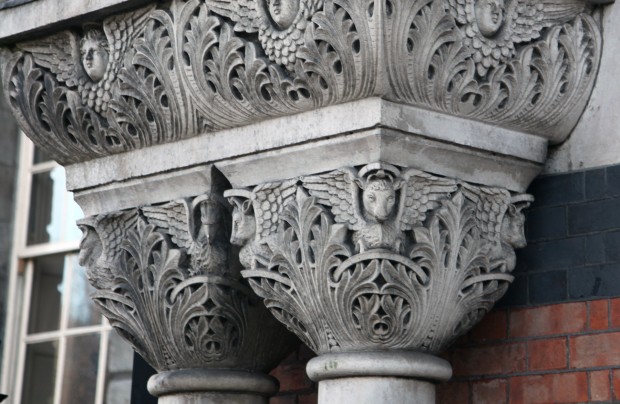 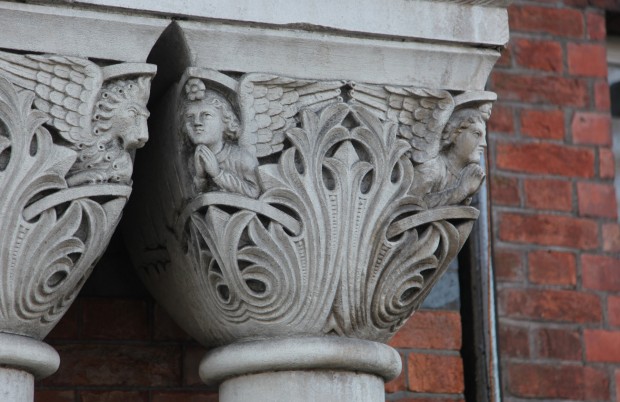 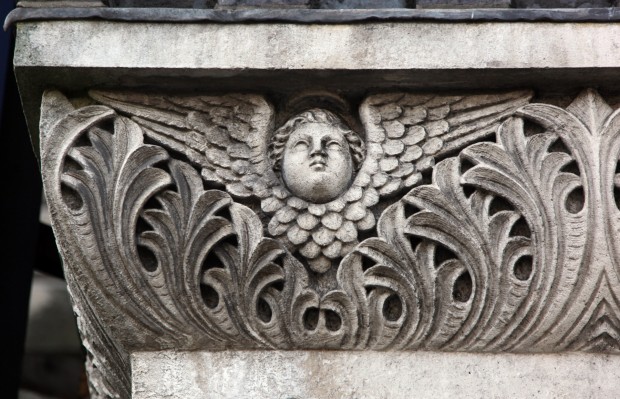 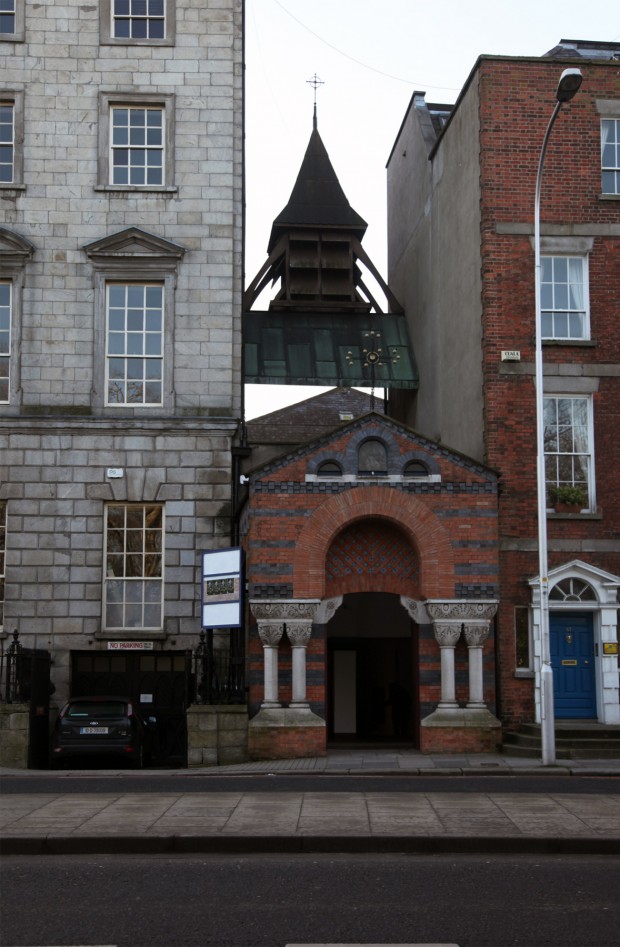 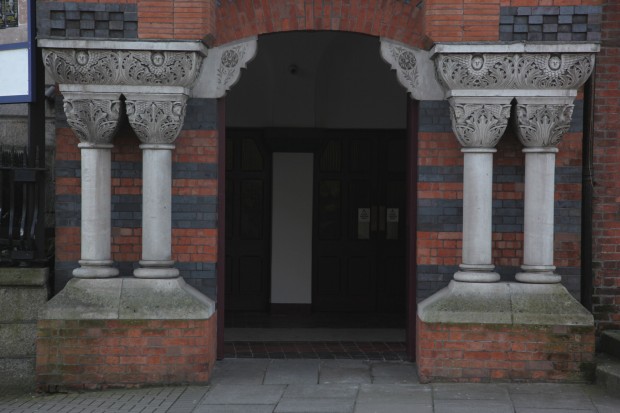 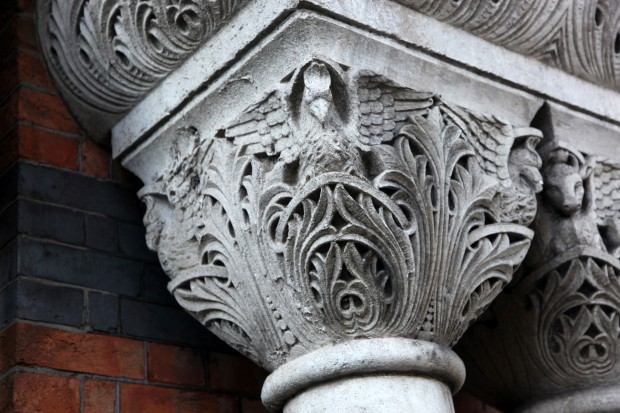 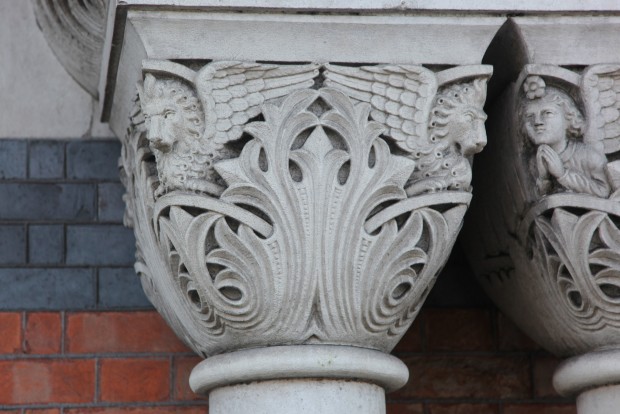 The porch of the University Church, on the south side of St. Stephen’s Green, feels more densely designed than many of its neighbours. It was constructed a few years after the church itself was completed in 1856: the main body of the church is at the rear of number 87, screened by this small porch and the belfry overhead. The church was designed by John Hungerford Pollen for John Henry Newman – Pollen had been appointed Professor of Fine Arts by Newman in 1954, making him twice connected to the new Catholic University of Ireland, despite having no buildings and little writing to his name. 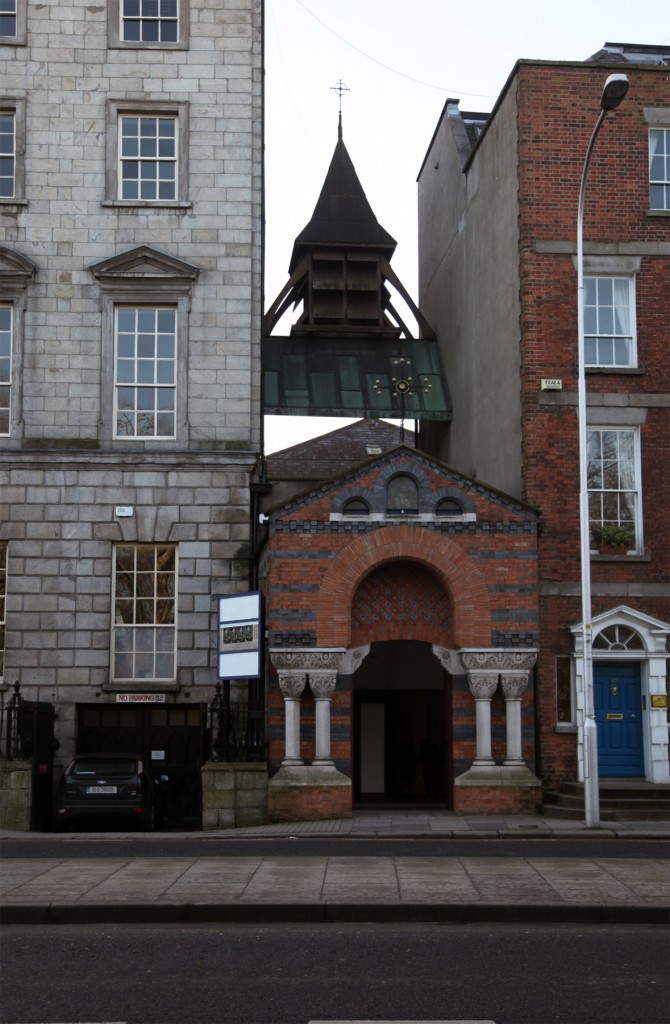 The sense of density about it seems to be a factor of the porch’s compact size combining with the Byzantine style, standing in contrast to its larger, less decorated neighbours. It appears that Newman had plenty of thoughts on the appropriate aesthetics of a church, as he did on a staggering number of other subjects, as well as considering the church to be fundamental to the university – you’d imagine this would make for a challenging project, but there’s every sense that it was a very agreeable process on both sides. 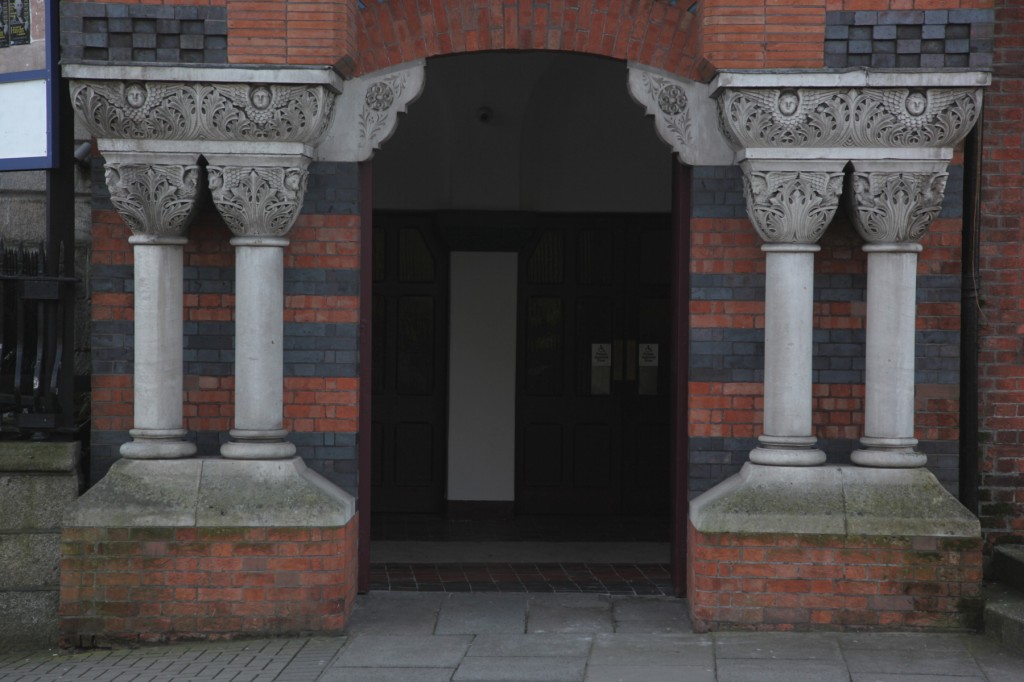 Among the church’s many features, I am immediately drawn to the capitals on the short porch columns. Each one depicts one of the four Evangelists: from left to right, there’s John (eagle), Luke (ox), Mark (lion), and Matthew (angel). Above these, the capitals fuse to make a single abacus between each pair, and these are decorated with a series of angels. 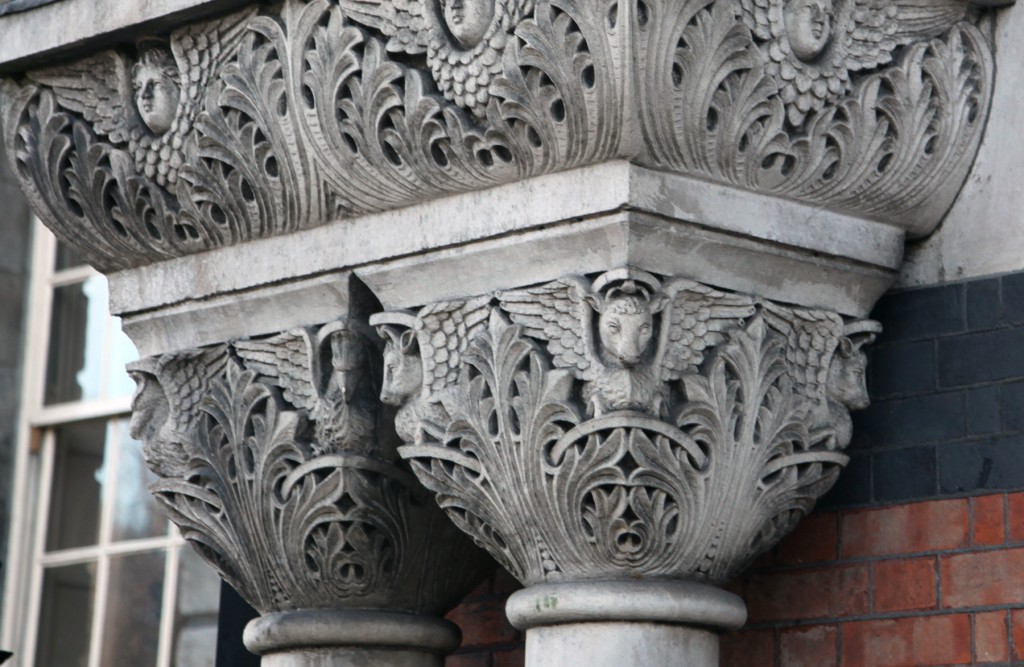 The level of detail is remarkable and really beautiful, with the faces remaining strikingly expressive. Matthew looks a bit like a Kate Beaton character. Though the columns are really squat, the detail in the capitals somehow balances the proportions, like expensive clothes in a portrait of a merchant prince. The texture in the foliage and leaves is gorgeous too, and there’s an immense sense of craftsmanship, but the curls of the lion’s mane are probably my favourite part: I am collecting examples of animals represented on Dublin buildings for something you’ll see in a couple of months, and this is definitely in the city’s top two lions. (Competition is less fierce for the ox.) 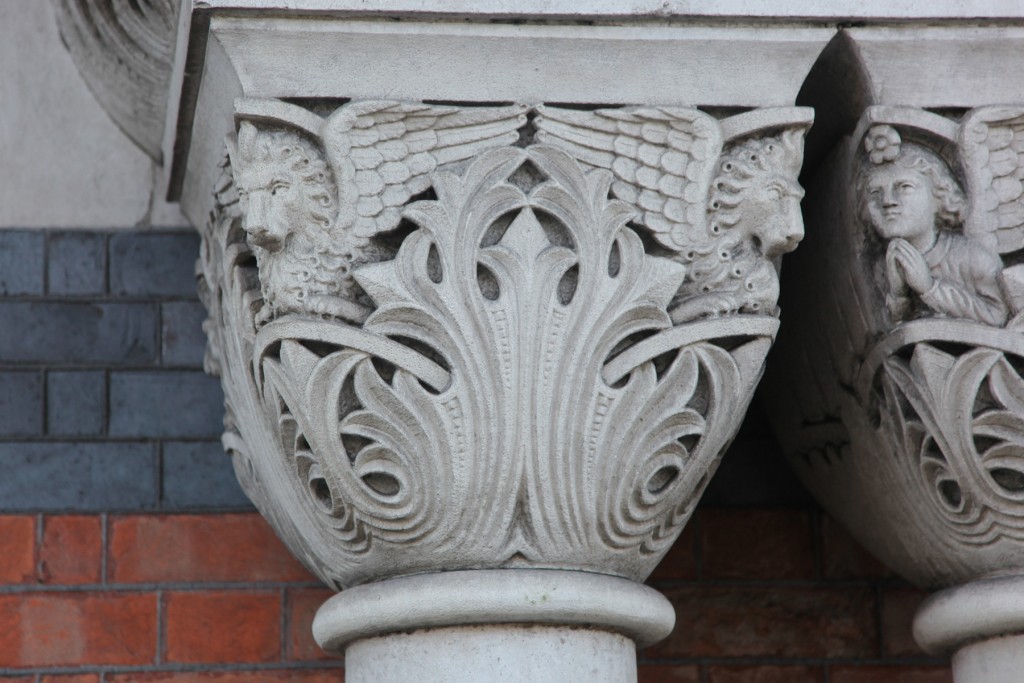