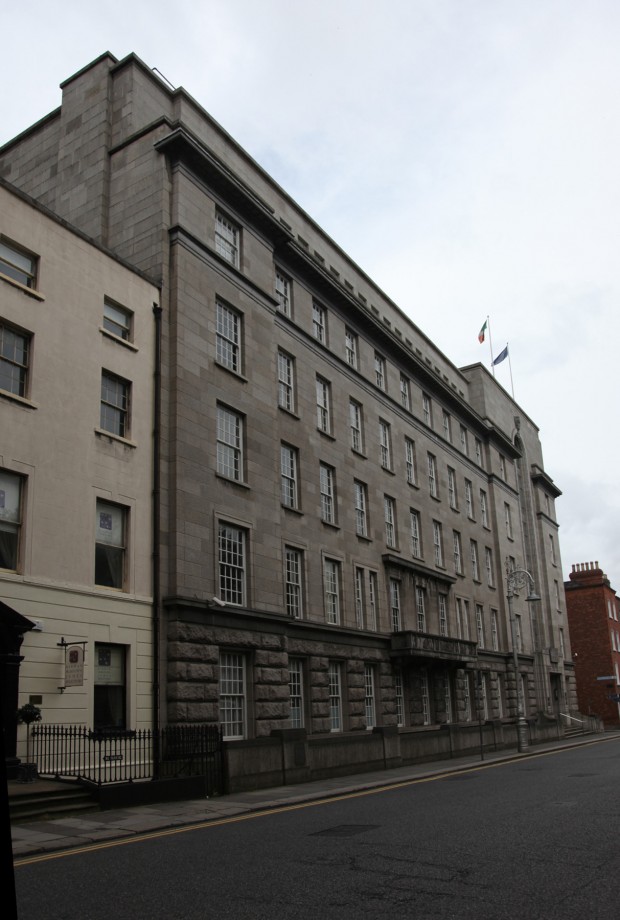 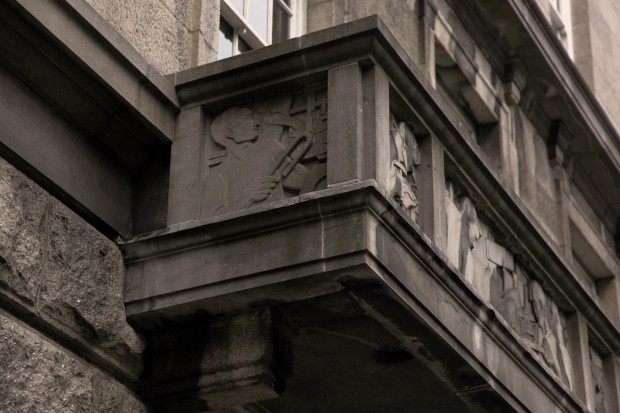 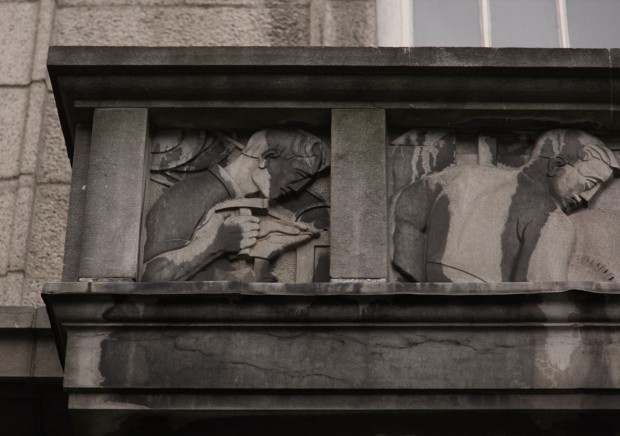 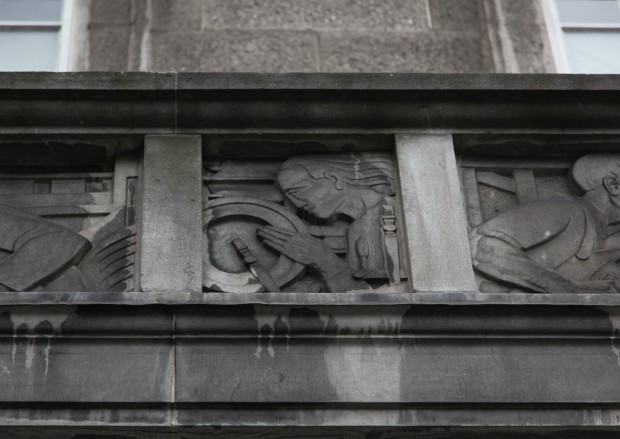 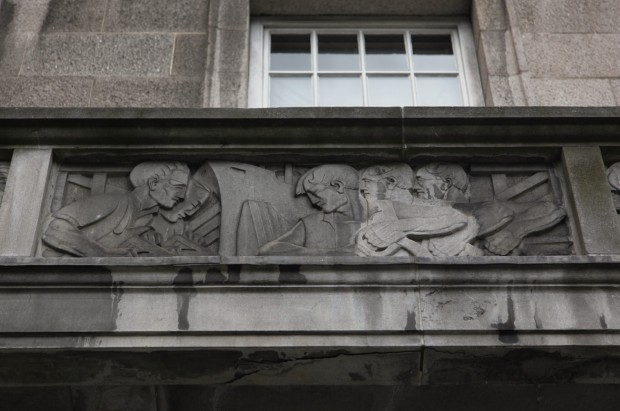 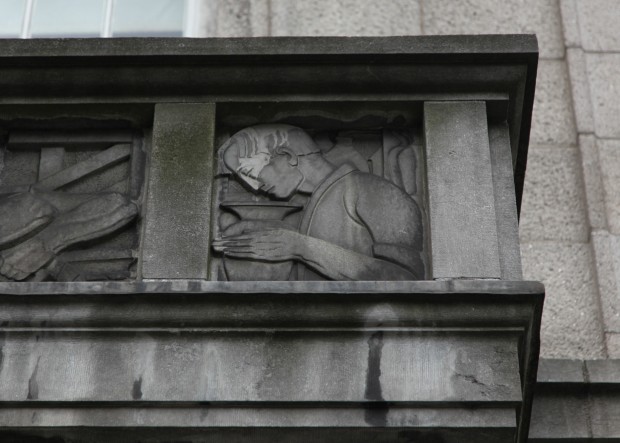 23 Kildare Street was built for the Department of Industry and Commerce, which now the Department of Jobs, Enterprise and Innovation via  a lovely list of variations in between.The building was designed by James Rupert Boyd Barrett after a competition, and it was completed in 1942.

On the Kildare Street facade, there’s a first-floor balcony for the minister across three bays towards the centre. The balcony is faced with bas-reliefs by sculptor Gabriel Hayes (who also designed the 1p, 2p and halfpenny decimal coins), and they show scenes of Irish industry, from factory-workers to craftsmen. There’s something strikingly impassive about their faces, an intense physical and mental dedication to work. Not one of them looks like they’d ever complain or cause trouble. They’ve even got short, neat haircuts, no facial hair or adornments, and everyone’s in profile. It’s a magnificent propaganda piece for the nascent modern Ireland, everyone concentrating on their task and all in it together (including a woman, a telegraph operator?).

Despite the neutral expressions, the faces suggest a character, like the calm satisfaction of the potter or the Serious Business of what appears to be a wood-turner. My favourite figure is the man on the centre panel, staring into the middle-distance and standing in front of what looks like a house and a cement factory, with the kind of optimism and zeal about him that’s as easily affecting or terrifying.